A man who repeatedly stabbed a police officer and threatened two female store workers during a knife-wielding armed robbery at a Premier store in Wigan has had his sentence increased by the Court of Appeal. 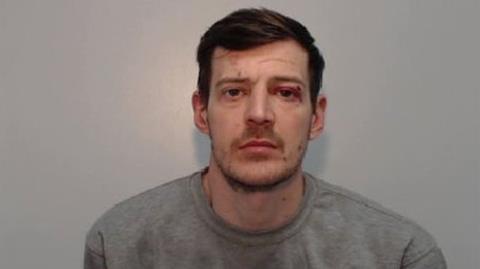 The incident occurred at Am to Pm store on Gidlow Lane in Wigan at around 10:05pm on 7 October 2018.

Stephen Unsworth, 33, was originally found guilty of robbery and wounding with intent to resist arrest and sentenced to eight years and six months’ imprisonment at Bolton Crown Court in April. His sentence was increased by the Court of Appeal by two years for being too lenient, meaning Unsworth will now serve a sentence of 10 years and six months in prison.

Unsworth entered the store with a six-inch knife, threating two female store workers and robbing them and the store of personal possessions, cash, alcohol and tobacco.

Upon hearing sirens, the offender attempted to escape and was pursued by police. PC Stephen Lamb then grabbed hold of the offender, who stabbed him, causing puncture wounds to his elbow, stomach and under his arm, but his body armour prevented serious injury.

Solicitor general Lucy Frazer said: “Unsworth is a serial offender and it was right for the Court of Appeal to increase his sentence. The officers who apprehended him, despite one of them being repeatedly stabbed at, showed great bravery. If PC Lamb hadn’t been wearing body armour, the injuries he sustained would have been much worse.”