The Competition and Markets Authority (CMA) has expressed concern over price-gouging during the coronavirus pandemic. 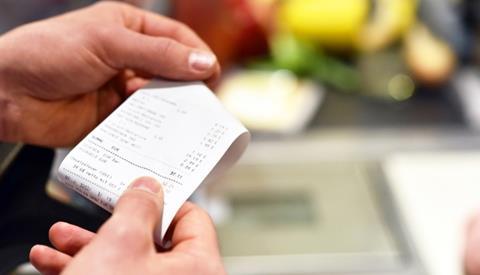 Based on evidence the CMA has received since it launched its Taskforce, the largest price increases, as well as the largest number of price complaints, concern hand sanitiser, with a median reported rise of just under 400%. The average reported increase across all reports, covering products such as paracetamol, flour, meat, toilet roll, rice and eggs is 160%.

In a statement issued alongside industry trade bodies, it said: “We remain concerned about the behaviour of a small number of businesses at this time. The vast majority have responded responsibly, but there is a minority who have not. Those who inflate prices to profit off the backs of their customers are adding to their distress at a time of particular vulnerability and may be severely damaging their own reputation.

“Consumers are likely to remember those businesses who attempted to profiteer and may well vote with their wallets once this crisis ends. For many businesses, the crisis could represent an opportunity to do the right thing, and as a result develop relationships with new customers.”

From 10 March to 28 June 2020, the CMA has been contacted more than 80,000 times about coronavirus-related issues. The rate at which consumers contacted the CMA in June (around 3,500 per week) has fallen back from levels seen in May (almost 7,000 per week).

In June, the CMA launched investigations into suspected breaches of competition law by four pharmacies and convenience stores. The investigations relate to suspected charging of excessive and unfair prices for hand sanitiser products during the coronavirus pandemic.

The CMA has stressed that the investigation is at an early stage and no assumptions should be made that competition law has been infringed nor has it reached a view on whether there is sufficient evidence of an infringement of competition law for it to issue a statement of objections to any of the parties under investigation.

Association of Convenience Stores chief executive James Lowman said: “The Covid crisis has illustrated just how important local shops are to their customers and communities, and the vast majority of stores have offered new services and coped with operational challenges like implementing social distancing and supply problems without changes to their pricing. In a small number of cases retailers across a number of sectors have been accused of increasing prices, and ACS has been pro-active in working with the CMA on a campaign to discourage these practices and to promote retailers telling the CMA when they see this activity from other businesses.

“We are continuing to work with the CMA, including adding ACS’ voice to the joint statement issued toda