ACS launches retailer guidance for menthol cigarette ban in May 2020

Retailers can now access new guidance - including consumer posters to display in their stores - relating to the ban on the sale of menthol cigarettes next May. 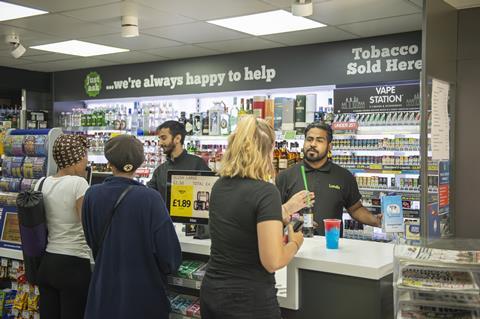 The guidance and posters, which can be downloaded here, have been prepared by the Association of Convenience Stores as part of its Assured Advice scheme which gives sound advice and legal assurance to retailers who sign up and follow it.

The ban does not apply to heated tobacco products, which are classed as “novel” or to vaping products.

It also does not apply to mint and menthol accessories for use with tobacco products, such as filters and flavour cards.

Despite the looming deadline, figures from the latest ACS Voice of Local Shops survey revealed that one in four independent retailers are currently not aware of the ban on the sale of menthol cigarettes.

Retailers also claim that awareness of the ban among existing adult menthol smokers is very low.

The ACS guidance provides retailers with information on products included in the ban, when it will be introduced, penalties for non-compliance and how to communicate the ban with customers.

ACS chief executive James Lowman said: “It is vital that retailers understand what their responsibilities are in terms of implementing the ban in store, selling through existing stock and communicating the information to customers”.

There is no sell through period which means that retailers must have sold through any remaining stock of menthol cigarettes by 20 May 2020.

The UK’s exit from the European Union does not impact the introduction of the menthol ban.

The guidance is available for retailers to download here.