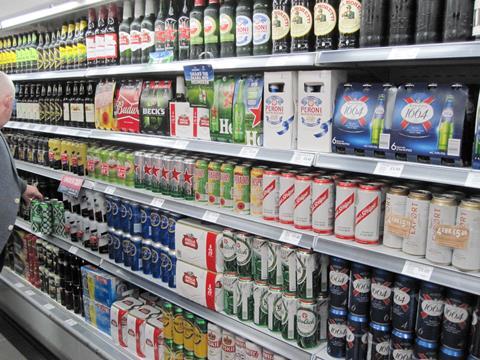 I had a call to my helpline from Vipul Pabari who runs Connaught Rd PO & General Stores in Market Harborough, Leics and who had the bad luck to fall off of two reward schemes, one run by Mars and the other by Heineken.

After his Mars rep changed he said he got no visits. And reckoned he was losing about £40 a month while faithfully following the planograms.

When I checked back with Vipul the rep had indeed visited and paid him what was owed.

Heineken is much more muddled. Under their Star Retailer scheme Vipul reckons he is owed around £300. When the rep last visited over a year ago he said he would backdate his rewards when his boss authorised it but Vipul was subsequently told that they couldn’t find him on the system.

Meanwhile I wrote to Heineken’s press office but got no reply. Then I found a name for corporate PR so I wrote to her and asked for it to be passed on to the right department. I know that arrived because I got an acknowledgement but still got no response.

Vipul has rung them a few more times and one helpful bod said she would visit and that she understood that he wanted to join the scheme. No, he said, I’m already on it. Hopefully, by the time you read this, he will be back where he belongs: on the Star Retailer scheme.