How do you organise stock taking? 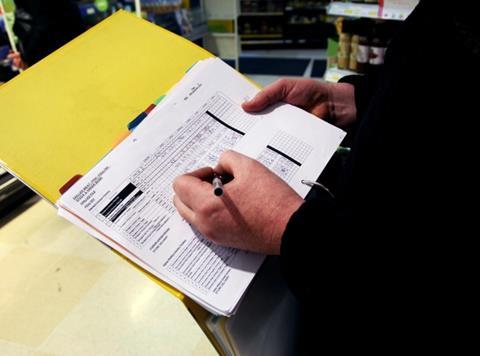 It’s a big job isn’t it, stocktaking? Do you take the DIY approach or use an external auditor? You could argue that your time is money and that hiring someone practised in stocktaking will be quicker. It is also tax-deductible.

Or you could take the view that it makes sense to do it yourself and that you will get quicker at it the more often you do it. Some retailers swear by epos; others say that you can’t beat a hands-on approach and that epos doesn’t take into account theft problems or deliveries that come up short or shelf-life codes.

Many retailers think they do not have thieving staff and they may be right. Unfortunately they may also be wrong: regular stocktakes would shine a light on it – although if staff are stealing from you and also doing some of the stocktaking…

And how often do you take stock? According to the experts you should have your stock valued at least once a year, which you have to do for tax purposes anyway, and ideally quarterly. (If your problem is pilferage then it won’t show up for a year and that is too late.)

Some retailers like to really keep on top of everything, doing a stocktake every fortnight in which case they become just as good and just as quick as a professional auditor. For others it’s a once a year activity or just relying on their accountant to come up with a figure. Which could give you a nasty surprise when it comes to selling your store when a ‘proper’ stocktake could reveal huge discrepancies.

This brings me to Mandeep Sandhu. He rang up to say that he was selling his Londis store and needed a stocktaker.

No problem, I said, I’ll go through my files and email you a list. This became quite an eye opener. There were plenty in the files although hardly any of them still around (yes, old files). Even the trade associations appear to have disappeared.

I like to give a choice so I don’t usually like to recommend just one but in this case I did. Victor Lightfoot of Lock, Stock and Barrel. I rang him up to make sure he was still around and indeed he was – and has been for the last 45 years. So he must be doing something right.