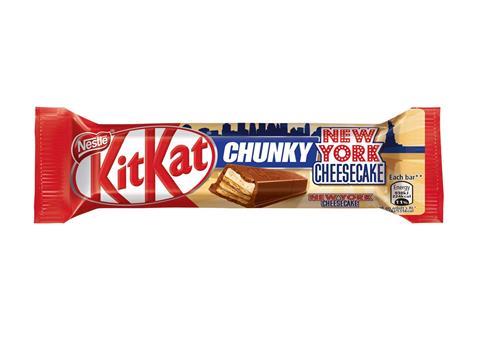 KitKat has announced the latest addition to its Chunky range inspired by the New York cheesecake.

The new bar will be available across the market from 18 September and has the same RRP as a milk chocolate KitKat Chunky (rrp 65p).

The launch will be supported by a £1.2 million media campaign, which is expected to be seen by over 40 million people. This will include poster advertising featuring many sitings outside of CTNs, as well as Social Media including Facebook, Twitter and even a dedicated Snapchat lens.

Once in store the eye-catching pack design will ensure KitKat Chunky New York Cheesecake stands out on-shelf and is certain to capture shoppers’ attention.