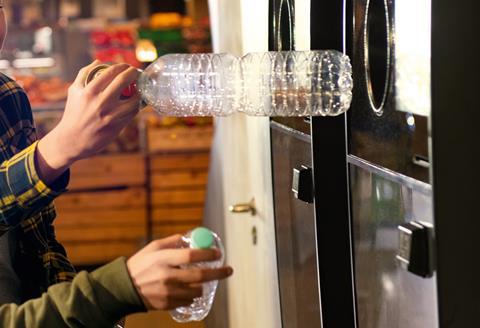 The Scottish Government plans to introduce the Deposit Return Scheme in 2022 which will require consumers to pay a 20p deposit on each glass, can or PET plastic container purchased, which is then reimbursed when the empty container is returned.

Under the scheme, producers will add the 20p fee to prices charged to wholesalers, who pass it to the retailer, who, in turn, pass it on to the eventual consumer. Consumers will be reimbursed by return point operators, which will include the majority of Scotland’s retailers and hospitality premises, when they bring back containers, either with physical money or credits.

The plastic and glass bottles and aluminium cans collected will be recycled and fed back into the production cycle for new bottles and cans and the scheme is projected to cut 4 million tonnes of CO2 equivalent emissions over 25 years.

Circularity Scotland is founded by a combination of companies and trade associations representing their broader drinks producer and retail members. If approved by the Scottish government, the company will seek to work with companies throughout the supply chain – producers, retailers, hospitality and wholesalers – to help deliver a scheme ultimately expected to collect more than 90% of drinks containers in Scotland.

Interim director of Circularity Scotland Donald McCalman said: “This is an important moment in the move to deliver a Deposit Return Scheme in Scotland. We have a shared vision for a scheme that delivers truly impactful environmental benefits and contributes to a circular economy in Scotland.

“We’re confident that our not-for-profit company can help to operate a DRS system that works for everyone. The DRS will provide huge environmental benefits for Scotland and accelerate the Scottish Government’s commitment to achieving Net Zero carbon emissions by 2045.”

NFRN national president Stuart Reddish said: “As the first retail trade association to support the introduction of DRS in Scotland, we are delighted that we have reached this important milestone in the introduction of a scheme. Our members – news and convenience retailers across Scotland – will be working in their communities to provide return points and to help Scotland achieve its target of a 90 per cent return rate.”

Chief executive of the SGF Pete Cheema said: “Scottish Grocers Federation is delighted to become a founder member of Circularity Scotland. The formation of the company is a major step forward in creating a world-leading deposit return scheme for Scotland.’’

Chief executive of ACS James Lowman said: “We look forward to contributing to the work of Circularity Scotland to deliver an efficient deposit return scheme that works for Scottish convenience retailers and their customers. Convenience retailers will be at the centre of an effective circular economy by offering essential services like return points close to where people live and work.”

Chief executive of the Scottish Wholesale Association Colin Smith added: “Scottish Wholesale Association are pleased to be joining as founding members of Circularity Scotland Ltd. Representing our members as both producers, as well as the physical ‘wheels’ that help distribute the beverage containers the length and breadth of Scotland. We look forwarding to working with the board representatives in implementing the UK’s first deposit return scheme and one that reflects the whole supply chain.”