Progress made on underage drinking by Community Alcohol Partnerships 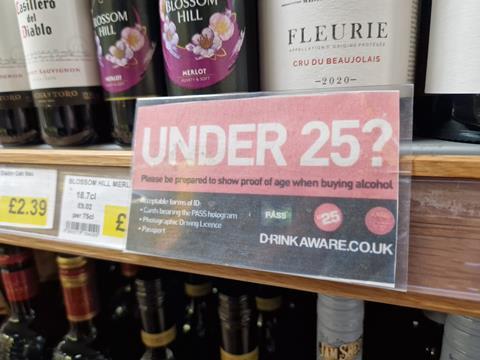 Its 2021/2 annual report revealed that evaluations over the last six years show CAP areas have achieved 62% reduction in weekly drinking for 13-16 year olds; 42% reduction in anti-social behaviour and 68% reduction in residents reporting children and young people drinking in public places to be a very big or fairly big problem.

The report also found that after CAP training, 98% of retailers passed a Challenge 25 compliance test – from an average baseline of 50%.

CAP director Kate Winstanley said: “I’m delighted that in CAP areas we are seeing sustained reductions in regular drinking among 13-16 year olds and positive partnerships with retailers to drive down underage sales. Our focus this year has been on the largest remaining barrier to reducing alcohol harm among under 18s – the supply of alcohol by parents.

“Our research has shown a disturbing and widespread lack of knowledge among parents about whether and when they should allow their children to drink alcohol and we are calling on governments across the UK to launch a national campaign to increase awareness of official guidance on children’s drinking.”

There are currently 250 CAP schemes in England, Scotland and Wales, that bring together local stakeholders with a shared interest in preventing underage drinking and encouraging responsible drinking among young adults. CAP partnerships are made up of retailers, local authorities, police, schools, neighbourhood groups and health providers, working together to improve the health and wellbeing of young people and enhance the communities where they live.

Association of Convenience Stores chief executive James Lowman praised the work done by retailers to help curb underage drinking. “Community Alcohol Partnerships have made a huge difference to residents, young people and retailers in over 250 areas across Britain,” he said. “The core principles of CAP – to engage local partners, prevent underage access to alcohol, and educate young people – have been proven to be the most effective approach to tackling underage drinking and associated harm.

“ACS is proud to be a CAP supporter both as a funder and board director, and more importantly we are proud of the role many of our members are playing in local CAP partnerships around the country.”