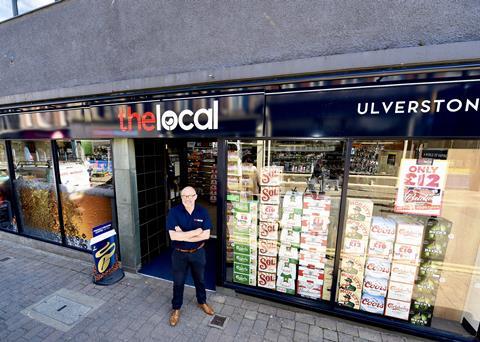 The awards recognised a retailer for each of Parfetts’ operating regions alongside a newcomer of the year, community award, most improved, retail execution of the year and digital innovation.

Haydn Hicks, from The Local in Ulverston, (pictured) was named newcomer of the year, and Sasi Patel of Go Local Extra in Oldham received the community award. In addition, Priyesh Vekaria from Go Local Extra in Manchester was recognised for digital innovation of the year.

The most improved store was awarded to Nathan Thiru of Go Local in Runcorn, while retail execution of the year went to Parfull Kumar of Go Local Extra in Manchester.

Guy Swindell, joint managing director of Parfetts, said: “Our retailers worked hard throughout the pandemic to support their communities and underline the importance of the convenience sector. The standard of the winners this year is truly impressive, and we are proud to recognise the best of retail in our awards.

“As we continue to accelerate our growth and expand our footprint across the UK, we are investing record amounts in our people, technology and service to ensure our retailers continue to have the support they need to succeed.”

The event was hosted by Rory Bremner and saw 450 retailers and suppliers celebrate the convenience sector.

Parfetts operates the Go Local fascia with over 850 stores and a retail club with over 4,500 members. It operates across the North, Midlands and Wales through a national logistics network, digital channels and seven wholesale depots.