Basket spend on the rise in the convenience channel 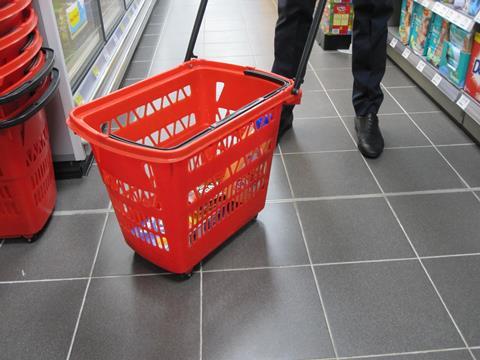 A combination of rising prices, premiumisation and availability forcing consumers to trade up has led to a rise in basket spend in convenience stores.

According to the latest 12-weekly data from the Lumina Intelligence Convenience Tracking Programme, shoppers visited convenience stores more frequently, up 4% to 2.8 times per week on average and, despite a 3% decline in average basket size, basket value increased by 21%, from £8.58 per trip to £10.38.

Covering the 12 weeks to 17 October, the research also found that the proportion of shoppers visiting convenience stores increased by 9ppts to 58%, up from 49% in the 12 weeks to 21 July.

Senior insight manager at Lumina Intelligence Katherine Prowse said: “A real positive for UK convenience is the large increase in spend per trip and the increased frequency. The decrease in basket size indicates that either shoppers are opting for more premium products or prices have increased – we expect a combination of the two.”

Prowse explained why basket size may be on the rise. “Increases in spend are likely to be a direct consequence of three different factors. Firstly, the approaching festive period. Christmas is synonymous with treating and trading-up and our latest data indicates that many shoppers are planning for Christmas early. Secondly, availability issues driven by Covid, Brexit and the HGV driver shortage may have forced some shoppers to trade up, due to a lack of alternative options. Finally, rising inflation is pushing the price of groceries up, consequently resulting in increased spend, despite smaller baskets.”

Meanwhile PMP purchasing increased to 48%, driven by monetary concerns due to the price increases for fuel, food and electricity. Chilled Foods (including and excluding Milk) saw a 1ppt increase, as more shoppers used the convenience channel for top up shops in the period.

The study also revealed proportion of convenience store occasions that were delivered increased by +2ppts in the 12WE 17/10, from 5% to 7%. Click and collect also saw a slight rise of +0.2ppts while in-store declined by -2ppts, from 93% to 91%.

“Delivery continues to be an opportunity for retailers to widen their shopper catchment area, despite restrictions easing and great movement of people,” said Prowse. “More convenience stores are working with the likes of Deliveroo and Uber Eats, as well as start-ups including Snappy Shopper and Getir to boost their delivery offerings.”

According to the CTP research, planned top up remained the top mission within convenience, accounting for 23% of all trips. Newsagent missions increased by +2ppts to 21%, driven by older demographics becoming less risk averse due to the rollout of booster vaccines.

The proportion of shoppers purchasing on impulse increased by +1ppts during the period to account for 56% of purchases. ‘It was on promotion/special offer’ increased as a reason for impulse purchasing, with consumers eager to utilise promotions. Out of the top five categories bought on impulse, Chilled foods (including milk) saw the most substantial increase of +1ppt.