Walkers Snacks teams up with Ghostbusters for promotion 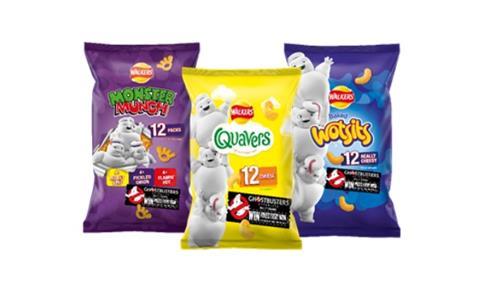 Last Halloween, sales of salty snacks were 7% higher than the rest of the year, according to Nielsen data. It is hoped launching the on pack promotion in association with Ghostbusters: Afterlife will certainly evoke nostalgia amongst parents and place Walkers front and centre for those looking for a Halloween snack.

Portfolio lead for Walkers Snacks at PepsiCo Will Robinson said: “The collaboration between Walkers and Ghostbusters: Afterlife is the perfect treat for Halloween. With eye-catching imagery from the film across the packs, they’re sure to jump out at shoppers. As a key occasion for retailers to tap into, we’re also driving further awareness of the promotion in-store, with a range of POS materials and displays to create further visibility. They’re sure to help retailers drive savoury snack sales during the run-up to Halloween.”