Fanta back on TV for Halloween 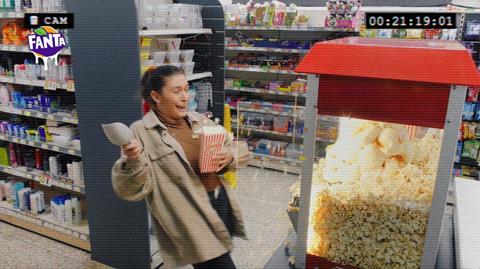 Coca-Cola Europacific Partners (CCEP) has brought Fanta back to the small screen this month as the brand ups the ante in the run-up to Halloween.

The new TV advert is part of a wider marketing campaign designed to capitalise on Fanta’s long-standing popularity during the spooky season – building on the momentum around the on-pack promotion that’s been live on limited edition packs of Fanta Orange and Fanta Orange Zero since the beginning of September.

In line with Fanta’s brand purpose, ‘In the Name of Play’, the TV advert depicts items in a shop coming to life and giving shoppers a fright – and it ends by encouraging consumers to ‘grab a Fanta and scare yourself silly this Halloween’.

Other elements of the multi-million-pound marketing campaign include paid social media, digital and out of home advertising, and high-impact in-store activation – all of which also highlight the epic prizes on offer via the on-pack activity.

For consumers, the campaign provides a light-hearted and fun spin on the Halloween season, but for retailers the message is a serious one: don’t miss out on shopper demand for soft drinks at Halloween, specifically flavoured carbonates, which enjoyed an extra £5.5m in sales last October (Nielsen Total GB flavoured carbs value growth Halloween 20 vs 19).

Worth £238m and in 6% growth, Fanta is the no.1 flavoured carbonates brand in GB (Nielsen Total Coverage incl dis GB MAT VAL to 19.06.21) and has become synonymous with Halloween. Despite Covid restrictions limiting celebrations for many, Fanta’s value sales grew by 6.5% in the four weeks to Halloween 2020 ( Nielsen Scantrack Data 4we w/e 31.10.20 vs previous year), when one in four flavoured carbonates purchased in retail was a Fanta (Nielsen Scantrack Data w/e 31.10.2020, Halloween = latest 4 weeks).