With just under a year to go until the Tokyo 2020 Olympic Games, McVitie’s has launched the first in a series of in-store activations as part of its sponsorship of Team GB. 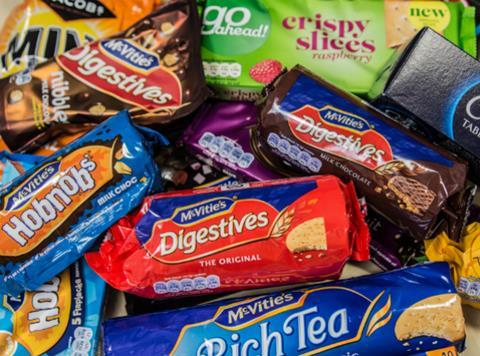 The well-known biscuit brand, behind household favourites such as McVitie’s Digestives, Hobnobs and Jaffa Cakes, has unveiled a host of in-store competitions, giving shoppers the chance to win high-value prizes including a trip to Tokyo.

Shoppers will be able to enter the competitions online, by text or via store loyalty cards distributed to convenience retailers and independents in the form of POS materials.

“We’re incredibly excited to be announcing the first of our in-store activations in support of Team GB,” said Sam Mitchell, general manager of McVitie’s at Pladis UK & Ireland.

“As we look ahead to the 2020 Olympic Games, we’ll be working alongside our retail partners to show our support for Team GB. It all kicks off with this series of exciting competitions which are sure to get the British public in the mood to cheer on the Nation’s most loved sports team [Nielsen 2019] next year in Tokyo.”

Speaking on behalf of the British Olympic Association, who manage and lead Team GB, commercial director Tim Ellerton added: “We’re excited that with just under a year to go until the Tokyo 2020 Summer Olympic Games, McVitie’s is racing ahead and showing its support for Team GB. We look forward to what we’re sure will be a winning partnership with an iconic British brand.”

McVitie’s is set to roll out themed on-pack messaging in the new year, with further activatio planned via through the line advertising and PR communications.