Coca-Cola gets festive with Holidays Are Coming activity

Coca-Cola is aiming to spread some festive spirit with the return of its annual Holidays Are Coming Christmas campaign. 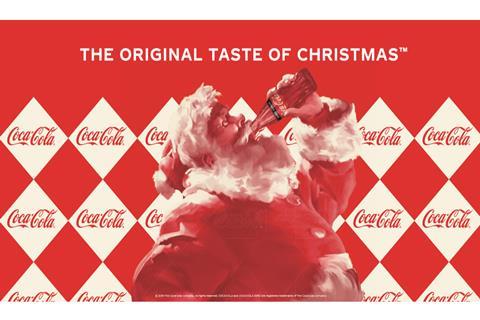 This year’s activity includes the launch of a new TV advert, alongside the brand’s traditional Holidays Are Coming ad airing for the first time this month.

Featuring familiar music and visuals, the ad will feature a few new scenes returning from the original creative from the 90s.

This year, Coca-Cola is also launching a new global advert, focusing on a message of unity and airing across Great Britain in December.

The global ad will include London buses decked out in Holidays Are Coming lights and a lenticular image of Santa. This year’s campaign, which is Coca-Cola’s biggest yet, will also include out-of-home advertising, digital screens and travel hub takeovers.

The campaign will also be supported by a range of partnerships and activations. The brand will be hosting karaoke moments at London’s Piccadilly Lights, live streaming some of the nation’s favourite Christmas songs for 90 minutes through the festive period, accompanied by a choir.

Simon Harrison, vice president for commercial development at Coca-Cola European Partners GB, said: “For many people, the Coca-Cola Holidays Are Coming campaign signals the start of the festive season.

“This year, we’ve taken the iconic and much-loved campaign and made it the biggest yet by bringing back the elements people love and adding new partnerships, activity and special moments to bring it to life in even more ways.”