Coca-Cola back on TV after seven month absence 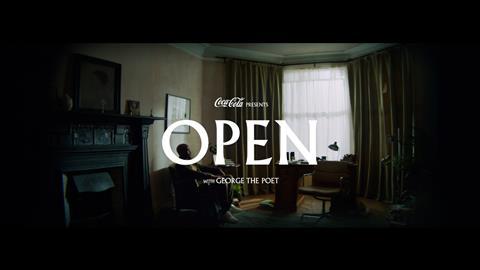 Coca-Cola Great Britain has announced the launch of a brand-new campaign, Open Like Never Before, that will focus on post-lockdown life.

The multi-million-pound, integrated campaign will run in Great Britain and across wider European markets from 1 August and will feature a poem written specifically for Coca-Cola by award-winning spoken word artist, George The Poet.

The campaign, created and developed by 72andSunny Amsterdam, launches following a seven month pause on air, the longest ever for Coca-Cola, which saw the brand redirect resources to support relief efforts around the world. Alongside bottling partners and The Coca-Cola Foundation, The Coca-Cola Company donated more than $100m globally to organisations to support leading relief efforts.

In Great Britain, as well as donating over 1.5million drinks to those working on the front line, financial support was shared with long-term partner FareShare, the UK’s leading charity food redistributor, to provide the equivalent of nearly two million healthy meals and over one million drinks. The company also donated advertising space, including the famous Piccadilly Sign to charity partners, Crisis and FareShare, to promote their fundraising messages.

Marketing director for Coca-Cola Great Britain and Ireland Kris Robbens said: “This year, Coca-Cola was off air for the longest time in history as we redirected our support to relief efforts. The Open Like Never Before campaign is founded on the belief that we don’t just have to go back to normal following this huge change in everyone’s lives. Instead, it’s our ambition to move forward and make the world not just different, but a better, more open place.

“Most importantly, we’re using our platform to support and celebrate our customers and partners, many of whom are reopening their doors to communities after a very challenging time for the industry.”

George The Poet added: “The underlying message of this campaign is close to my heart. During my career I’ve always had to be open to the idea of change – switching from rap to poetry, from music to podcasts – being open gives you an advantage in all aspects of life. COVID-19 gave me a moment to reflect at a time when the world came to a standstill, made me more patient and adapt to different ways of working. Going forward I’m going to do what I can to seize the moment and be open to change like never before”.