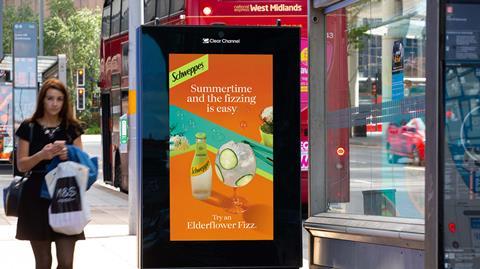 Schweppes, manufactured and supplied by Coca-Cola Europacific Partners (CCEP) in GB, has launched a bold multi-million-pound marketing campaign which celebrates the public’s resilience and determination to enjoy the summer, and which builds on a record year for the brand.

The campaign sees with the return of two 10-second TV adverts, celebrating the return of summer social occasions with a light-hearted play on the brand’s “we got the tonic, you’ve got the spirit” tagline.

The campaign will also reach consumers travelling on the London Underground, and will run on social media throughout the summer, with a Pinterest partnership providing inspiring summer cocktail recipes such as the Schweppes Pink Spritz and Schweppes Elderflower Fizz.

The launch comes after Schweppes led growth within the mixer retail market during 2020, with value sales growth of 32.4% in retail (Nielsen Total Coverage (Home) MAT Vol w/e 27.03.21), which CCEP claims gave the brand its greatest share of market for four years.

“We now have an opportunity to build on this growth as people come together safely this summer in pubs, bars, restaurants and at home, celebrating with a recognised brand they know and trust whilst delivering on the taste and the fizz that consumers expect from a mixer.”