Sainsbury’s festive sales down but convenience thrives on Christmas Eve

Sainsbury’s has reported a 0.7% decline in like-for-like retail sales (excluding fuel) over the 15 weeks to 4 January 2020, but its c-stores enjoyed their second best-performing Christmas Eve. 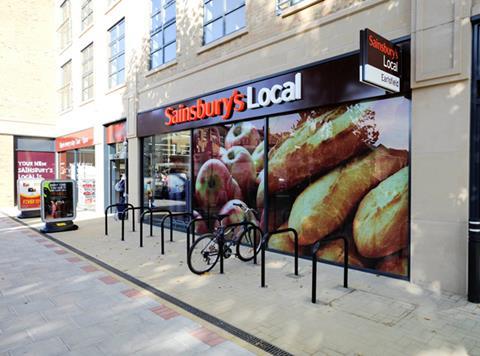 Total sales were also down 0.7% over the period which included the festive season. Grocery sales grew by 0.4% with online groceries up 7.3%, but the overall sales decline was driven by a 3.9% fall in general merchandise including toys.

Convenience had its second biggest ever trading day on Christmas Eve and Sainsbury’s said it was on track with plans to deliver improvements to 200 convenience stores by mid-March.

“However, we are well placed to navigate the external environment and are executing well against our strategy,” he added.

“We have a real sense of momentum in Sainsbury’s and investment in our stores and improvements to service and availability have led to our highest customer satisfaction scores of the year.

“Our digital investments are also paying off and over 20% of our business was online in the quarter. Groceries online had record order numbers throughout the Christmas period and customers are increasingly choosing to shop with SmartShop in our supermarkets.”

Sainsbury’s also invested in over 2,600 self checkouts in the period and its SmartShop self-scanning technology is now available in over 500 supermarkets.

On average, 15% of sales now go through SmartShop in stores where handsets are available.