Regional divisions in ATM usage on the rise, says Link 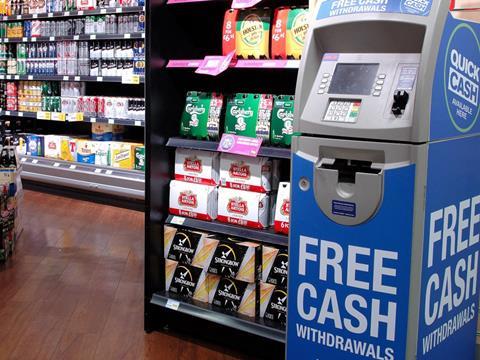 The data, which forms part of Link’s Preserving Access to Cash report, revealed that in the first four months of 2019 there was a -8.7% year-on-year decline in cash withdrawals in London, followed by the South East (-7.9%) and South West (-7.7%), at Link ATM’s.

Link chief executive John Howells said: “These regional variations are important, and Link will ensure that areas which are not moving away from cash as quickly as others still have their cash access protected. What is clear is that the sharp drop in cash usage means that it is vital now to reform how cash is distributed to maintain broad, free access for all consumers. Link is determined to deliver this with the support of industry and regulators.”

According to the Association of Convenience Store (ACS) 2018 Local Shop Report, nearly half (46%) of c-stores offer a free to use cash machine, with 16% offering a chargeable alternative.

ACS chief executive James Lowman called on the next prime minister to make access to cash a priority.

“Millions of people still rely on cash every day, with convenience stores often the only place where ATMs are hosted due to the widespread closure of bank branches,” he said.

“Despite the continued importance of cash, Link’s cuts to interchange fees have had a huge impact on the UK’s ATM network, leaving many communities without free access to their money. The next prime minister must make preserving access to cash and maintain free to use ATMs an immediate priority.”

The reduction in Link transactions is expected to be between 9% and 10% for 2019 as a whole when compared with 2018, according to Link.