IT glitches highlight importance of access to cash, says Which?

Consumer organisation Which? is calling for access to cash to be protected, after one in seven people in the UK were left unable to use their card due to an outage in the last year. 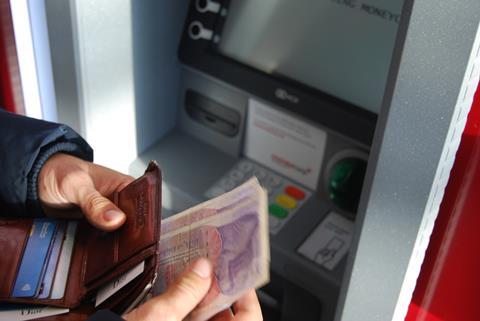 A Which? survey of 2,091 adults found that 49% of the one in seven respondents who were left unable to use their debit or credit card due to an IT or technical system said they couldn’t pay for goods and services at the point of sale as a result.

The research revealed that there were 362 incidents of system failures that led to people either being locked out of their accounts or unable to make a payment reported by UK banks in the 12 months to 31 March, while one in five of those left unable to use their card due to an outage said they now keep more cash with them.

Which? head of money, Gareth Shaw, has called on banks and payment providers to engage with local businesses, consumer groups and government to ensure free access to cash is preserved for as long as people need to use it.

“The industry’s commitment to protecting people’s ability to access cash for free is welcome and must be followed up with urgent action, as consumers across the country are struggling with the double blow of bank branch and cashpoint closures,” he said.

“Banks and payment providers must now engage with local communities, businesses and consumer groups and the government’s new strategy group must quickly explore all options – including legislation – to ensure free access to cash is preserved for as long as people need to use it. As digital payments continue to rise, the industry must also do more to ensure these services work for everyone and don’t result in some people being shut out of paying for goods and services.”

The Association of Convenience Stores (ACS) is working closely with the Payment Systems Regulator to provide information about the provision of ATMs in convenience stores.

ACS chief executive, James Lowman, said: “Access to cash is important not just for people and businesses that rely on it as part of their everyday lives, but as an emergency alternative for those who otherwise would use cards or digital payments.

“Cash is still an essential part of the economy, which is why we are extremely concerned about cuts to interchange fees imposed by LINK and widespread bank branch closures that continue to threaten consumers’ ability to access their money. Convenience stores are now often the only place where local people can get access to cash, but increased costs as a result of interchange fee cuts are now also threatening the viability of thousands of ATMs across the UK. The government and the Payment Systems Regulator must be prepared to intervene to ensure that access to cash is protected.”