An exclusive C-Store poll of retailers’ voting intentions has revealed little enthusiasm for any of the political parties, with the Conservatives topping the list with the backing of just 26% of respondents. 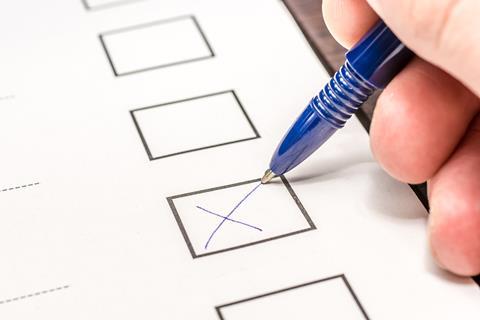 The survey, conducted by HIM, also found that Brexit (37%) was the main issue influencing retailers’ vote, followed by the UK economy (21%).

Labour came second in the question on voting intentions, with a meagre 6%, followed by the Lib Dems (3%), SNP (2%) and Brexit Party (2%). Notably, 15% opted for ‘other’, which includes those who are yet to decide or have no intention of voting, although 45% said they ‘preferred not to say’.

Other primary issues that are defining retailers’ vote are business costs (9%) – including business rates and the National Living Wage – and investment in public services, such as the police and NHS (6%).

The Conservatives were also the most trusted party on helping small businesses (38%), followed by Labour on just 10%.

According to a number of retailers contacted by C-Store, Brexit is a priority for both those on the Leave and Remain sides of the argument. Some store owners, such as Londis retailer Steve Bassett, want Brexit resolved in order to return political focus to other areas, such as business costs. “When it comes to Brexit I’m totally fatigued. Just get something done, the unknown is costing the UK more. Indecision hurts more,” he said.

The survey revealed retailers were more likely to be positive about their MPs. Nearly half (46%) said they were happy with the performance of their local MP, compared with 32% who weren’t happy and 23% who didn’t know.

However, a local political endorsement may not translate nationally, according to Norfolk Premier retailer Mike Humphreys. “I’m pleased with my MP from a local point of view, but not from a policy point of view, so I won’t be voting for her,” he says.

Find out more in our General Election feature here.