One in five people (20%) using a UK-wide deposit return scheme would donate deposits levied on drinks containers to charity all of the time, according to a new survey commissioned by the Campaign to Protect Rural England. 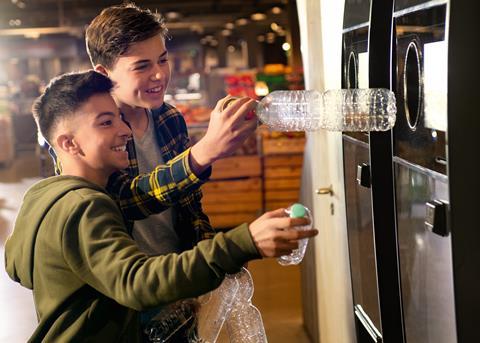 On the basis of the survey results, a DRS scheme could raise more than £1bn to good causes a year, according to the CPRE.

A further 19% of respondents said they would donate their deposits most of the time, and more than a third (34%) would donate at least some of the time, leading to a further £1.3bn in donations to local charitable causes.

The CPRE said that including an option for the public to donate their deposits could build on the success of the carrier bag charge, which, as well as reducing plastic bag usage by over 80%, raised £66m for good causes in 2016/17, according to Defra figures.

Earlier this month the Scottish government announced its plans to introduce a deposit return system for glass, plastic and aluminium drinks containers of all sizes.

The Westminster government’s consultation on a DRS scheme closed on May 13.

CPRE litter programme director Samantha Harding said: “Not only would the introduction of a UK-wide deposit return system put a stop to most of the environmental damage caused by drinks containers and boost recycling rates in excess of 90%, it could also provide much needed funding for good causes across the country. It is fantastic and really heartening that so many people would be happy to donate their deposits in this way.

“An effective “all-in” deposit return system will bring an end to the growing disenchantment and scepticism around current recycling methods by doubling recycling rates. But it’s also evident that the deposit, as well as encouraging the right behaviour in terms of recycling, would allow for people’s generous natures to be realised when it comes to supporting others.”

The survey was commissioned by CPRE and conducted by ICM Unlimited, which interviewed a sample of 2,112 UK adults aged 18+ online between 27 and 29 March 2019.