Aldi has overtaken Morrisons in market share for the first time, as more consumers switch their spend from the so-called big four to the German discounters amid a slowdown in grocery sales growth, according to latest Nielsen data. 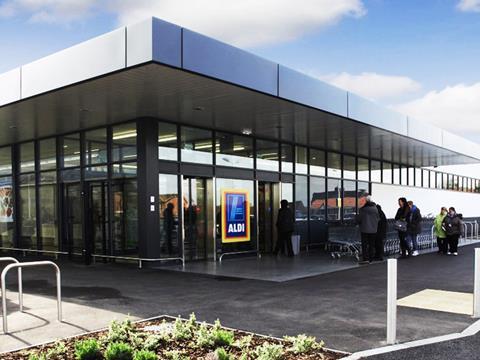 In contrast, the combined market share of the big four supermarkets - Tesco, Sainsbury’s, Asda and Morrisons - was 64.1%, down from 65.6% last year, Nielsen revealed.

Grocery sales in March increased by 1.2%, below the CPI inflation rate of 1.9% and down from 2.5% growth in the previous month.

Nielsen’s UK head of retailer insight, Mike Watkins, said: “The first quarter of 2019 has shown a continued slowdown in consumer spending on grocery, with the average household spend each week on groceries amounting to £71, back to the level last seen in October 2017 (excluding March 2018, where sales were stronger due to the ‘Beast from the East’ which caused people to stock up, and an early Easter).

“This means that grocery spend remains broadly unchanged in the last 18 months despite inflation. We can see a change in shopping behaviour as well as a shift in sentiment as households shop around to make savings.”

Aldi and Lidl enjoyed the highest sales growth in the 12 weeks to 23 March, at 14.7% and 9.8% respectively, while the Co-op Group’s sales rose by 2.5% and Waitrose’s by 1.2%. Sales at Tesco, Morrisons and Asda were less than a percentage point, while Sainsbury’s sales declined by -1.6%.