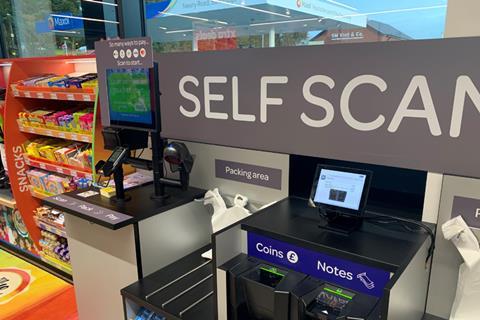 I wonder if anybody has worked out how much fiddling goes on with self scanning checkouts? The answer is a lot. Regular correspondent Kevin Nelson lives in the Greater London borough of Croydon and he says he was in a supermarket recently when he saw a bloke using the technique of passing off more expensive items as cheaper ones. (He saw him going to the reduced section for cheap fruit and veg, then going to the full price section to find something pricier of the same weight.) Then he saw him scanning tomatoes in place of steaks and onions in place of chicken legs and so forth.

He had a quiet word with a checkout person and security stopped the guy from leaving. He was found with £375 in undercharges.

“It’s been going on for years of course but people are getting greedier,” says Kevin.

Chapter two in this story is that stores are now putting big tables outside with scanners to double check all the self scanning customers and doing random checks on others. His cousin who works at one of them says that they got 15 people in an hour and they are now planning to do blitzes.

And a funny ending. The police pulled up to get some snacks and observed what was going on and wound up arresting three people who had already been banned from the store (so they could be done for trespassing).

Those with self scanners can expect a lot more of this as Christmas approaches.