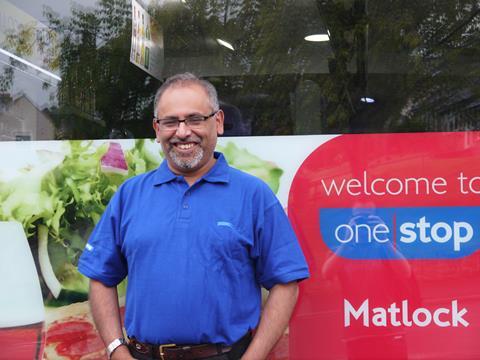 Derbyshire-based One Stop retailer Dee Sedani is delighted with his latest bit of cleaning kit. He had been planning to invest in cleaning equipment for some time having conceded that a standard mop and bucket was cumbersome and inefficient. “The mop is a traditional way of cleaning the floor, but it never really cleans it, it’s just a surface brush over, wiping dirty water around the floor,” he says. “I’d been looking at different machines, but I wanted it to be easy for staff to use and most ones I looked at were heavy, large, not moveable or had a wire attached. I saw an i-mop over a year ago, but it was just so expensive - £4-5000, which wasn’t a cost I wanted to put into mopping the floor.”

But this year, Dee decided to take the leap. “I bit the bullet and got an i-mop Lite for £3,000 and my team just absolutely love it,” he says. “The idea was to have it in each of my stores for a week to get into the nitty gritty of the dirt, so one week in Etwall, one week in Matlock, and one week in my Leicester store. But everyone wants one, each store wants their own!” 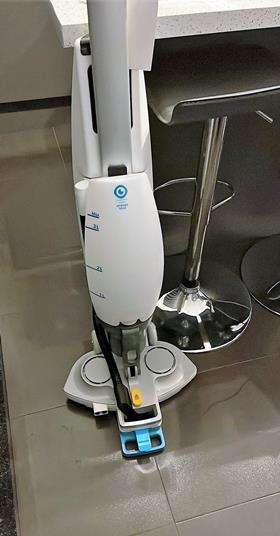 Because the device is lightweight and 50% faster than conventional mopping (according to developer i-Team Global), Dee claims that his staff are voluntarily cleaning the floor more often. “ It was a job that no one liked doing, now they’re all doing it. Customers have been trying it out too - I’ve had a 10-year-old use it and a granny use it!

“I said to the team: ‘you can use it every other day’, but they said it’s quicker and faster and they want to use it every day,” he claims. “It’s not like they have to lift a heavy mop and bucket and push it around. You can walk around with it using one finger, it just hovers.”

He states that the standard of cleanliness exceeded all expectations. “The floor looks really amazing - you can tell the difference. In the entrance of the shop I have white tiles. The [standard] mop didn’t do anything, but I put the i-mop on for about 5-10 minutes and they went back to being white tiles after three years!”

The device’s ability to dry floors, greatly reduces slip hazards, making the stores safer, as well as cleaner. “It wets, scrubs and dries at the same time - three in one go. I’ve had cleaning machines before, but they’re so big and they weigh so much, but this weighs nothing.”

All the water  - clean and dirty - is contained in the machine, so after cleaning, Dee and his staff empty the  waste water and are able to see just how much dirt has been mopped up. “I couldn’t believe how much dirt came off the floor,” he says. “I thought we were quite clean! We even moved the coffee machine to see the mess under it - this thing was like a hot knife through butter.”

He highly recommends the product to fellow retailers and is already planning a second, and possibly third purchase. “It’s definitely worth the investment,” he says. “I’ve said I’ll buy one more and we’ll go from there. After this we will never look back.”