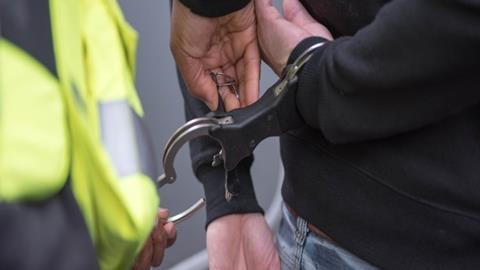 The retail industry has been left disappointed but vowing to carry on following the government’s perceived lack of action on abuse against shopworkers, despite a strongly-supported campaign on the issue.

The campaign, which included a petition that gained more than 62,000 signatures, called for the enactment of legislation to protect retail workers. It stated that this legislation must create a specific offence of abusing, threatening or assaulting a retail worker and that the offence must carry a penalty that acts as a deterrent and makes clear that abuse of retail workers is unacceptable.

The petition, launched by workers’ union Usdaw, added: “Throughout the Coronavirus outbreak, retail workers have been spat at, threatened with infection of Coronavirus and physically assaulted. Since the start of the outbreak, the average retail worker has been assaulted, threatened or abused every 6.5 days, more than double the rate of incidents compared to 2019.”

The government responded, stating that it doesn’t see a need for a specific offence for attacks on shopworkers.

In a statement it said: “Everyone should feel safe at work which is why assaults on shop workers, doing vital work for the country and the economy are simply unacceptable. The Government pays tribute to all shop workers who have worked tirelessly during the pandemic to keep shops stocked with essential items.

Although the Government is sympathetic to the motivations behind the petition, it remains unpersuaded of the need for a specific offence as there are already a wide range of offences which exist and which cover assaults against any worker, including shop workers and those selling age restricted items. Relevant offences include common assault, actual bodily harm and grievous bodily harm, harassment and other public order offences which criminalise threatening or abusive behaviour intended to harass, alarm or distress a person. All these offences already apply to people whose work brings them into contact with members of the public.”

Usdaw general secretary Paddy Lillis expressed deep disappointment at the response. “At a time when the government is rightly increasing sentences for those who assault emergency service workers, and we congratulate them for that, they don’t appear to understand the role retail workers have in helping to keep our communities safe, preventing crime and anti-social behaviour.

“Shop workers are on the frontline of policing age restricted sales, a major flashpoint for violence, threats and abuse. Imagine the chaos and criminality that would be inflicted on communities if the sale of alcohol, knives, glue, fireworks and other dangerous items were not policed by retail staff. Yet the government will not give shop workers extra protection when carrying out those duties. In fact it is the shop worker who is most likely to be prosecuted or disciplined if they make a mistake.”

Lillis said that the petition will continue to be promoted until the industry’s voice is heard. “We now continue to campaign for the 100,000 signatures needed to trigger a parliamentary debate and we hope that, as the government has failed to listen, MPs will hear the voices of shop workers, their constituents and employers and back legislating for stiffer penalties for those who assault workers. Retail staff play a crucial role in our communities and that role must be valued and respected, they deserve the protection of the law.”

He wasn’t the only one to be disappointed. Tom Ironside, director of business & regulation at the British Retail Consortium, said: “While we fully support all that the Government has said about the violence and abuse of emergency workers and the legislation implemented to protect them, similar protection is needed for retail workers; especially when they are assaulted for enforcing age-restricted sales, or implementing vital coronavirus safety measures.

“While the improvements to community sentences could help, this will only be effective if the police and the courts use them, especially in cases of violence against retail workers.

“We are very disappointed that the Government has failed to act decisively to protect the millions of hardworking shopworkers and their families who have done so much to support this country during the pandemic.”

Hopefully, the battle isn’t over yet. In a submission to the Sentencing Council, the Association of Convenience Stores (ACS) urged the consideration of the following areas:

ACS chief executive James Lowman said: “Retailers and their colleagues are on the front line serving their communities and any offences committed against them must be taken seriously by the justice system. Tougher sentencing for offences against shopworkers that take into account the physical and psychological damage caused would be a step forward, but are just part of the wider solution to tackling the repeating cycle of violence and abuse faced by retailers and their colleagues on a regular basis.”