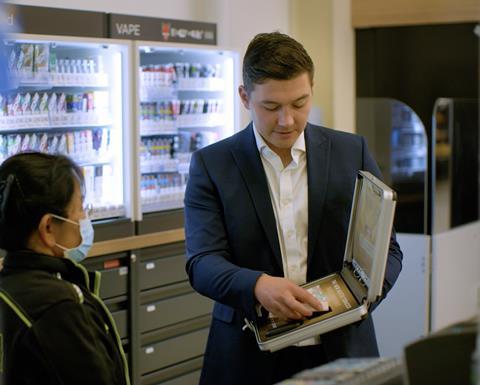 JTI has changed the model for its sales force team, focusing on geography rather than channel.

The changes, introduced this week, will see the tobacco company’s field sales representatives look after all stores, regardless of channel, in a particular territory, and create 58 new jobs in the business. The sales force will also now be known as JTI Business Advisors.

It has split up the UK into 235 territories across 26 areas based on density of stores in a territory. Previously, the sales force operated as a dual entity with an internal JTI team and a third-party sales force which was split across channels.

According to JTI’s sales vice president, Ross Hennessy, the change has been two years in the making and is described as the biggest shift in its sales force team in the past 20 years.

Speaking to ConvenienceStore.co.uk, he said: “We’ve increased our headcount by 30% and it gives us one of the strongest field sales forces in FMCG in the UK. We believe the best way to support retailers and grow our business is by having people in stores.

“A lot of companies are downsizing their field force, we’re going the opposite direction and want to increase feet on the ground and see a big benefit of that for our retailers. We feel this move futureproofs us as a business but also helps recognise the importance of the independent trade.”

“You will have one person responsible for every trading channel in area. Our team will be trained to a higher level and have a much better commercial understanding of what’s happening in that area, and that can only be of benefit to retailers.”

He explained that the new model was not driven by the pandemic. “The decision [to make the changes] was driven by the changing pace of the industry and the shifting channels.”

Hennessy added that this approach could potentially help with illicit tobacco in an area. “A business advisor will really have their finger on the pulse of every trading channel and the blind spots when it comes to illicit tobacco will be gone, and our ability to identify the real problem areas is more likely to happen.”