How is HMRC going to tackle illicit tobacco? 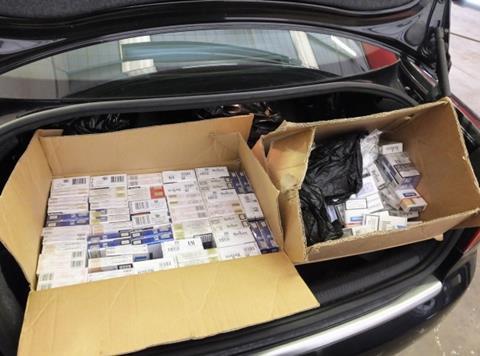 The government has put forward a series of proposals to tackle the illicit tobacco trade in the UK.

HMRC estimates that 2.5 billion illicit cigarettes and 3,500 tonnes of illicit hand-rolling tobacco were consumed in the UK in 2018-19, costing the government around £1.5bn in lost revenue. According to the government’s consultation document, the UK’s illicit market for cigarettes has reduced by more than a third and hand rolling tobacco by nearly half since 2000. It added that “despite this success, the government is not complacent and recognises that the risk presented by the organised criminal groups behind the illicit tobacco trade remains high and is constantly evolving”.

Building on this, HMRC is consulting on the proposals and is inviting stakeholders to have their say.

Association of Convenience Stores (ACS) chief executive James Lowman welcomed the proposals detailed below. “The illicit tobacco market damages legitimate retailers and is dangerous for consumers. We have long called for tough action against the illicit trade, and welcome this consultation which aims to ensure that those selling illicit tobacco are stopped from doing so. We will also be working to advise our members to make sure that they do not unwittingly fall foul of the tough enforcement measures we need.”

The ACS had recently warned that an increased duty rate, implemented on 16 November, would lead to a rise in illicit tobacco sales while JTI recently carried out research about the extent of the illicit trade in the Bolton area.

The potential new sanctions that HMRC is consulting on are:

It is believed that extending existing TTS powers, along with any new sanctions, to Trading Standards would be especially useful in tackling retailers who hold an EOID but are repeatedly found with products that do not comply with the TTS requirements, as well as those who do not hold a valid EOID and are found with non-compliant products for the purpose of retail. However HMRC recognises that Trading Standards has a broad remit, extending beyond tobacco and that all new policy design will have to be considered in line with the government’s new burdens principles.

A new penalty of up to £10,000 for holding or possessing products that do not comply with the track and trace requirements

It was agreed that penalties must be substantial enough to deter but also proportional to the level of offence and realistically recoverable. Although HMRC felt that the headline £10,000 penalty trailed within the Budget announcement would act as a significant deterrent, some concerns were raised that this could be disproportionate if applied to all small-scale offenders, irrespective of circumstance. Stakeholders considered a better alternative to be a simple mechanism that allowed scale and behaviour to be considered, while still providing rapid escalation for repeat contraventions. In the consultation, it outlines a potential penalty model that covers quantity and number of offences.

Legally, HMRC only has powers of forfeiture over illicit products found on retail premises. This can mean that retailers who sell small quantities of illicit tobacco alongside legitimate supplies do so with minimal risk of losing their legitimate stocks. A new power could make liable to forfeiture all TTS compliant product that is co-stored alongside non-compliant (illicit) product at a facility registered under an EOID. This sanction would be targeted at low level non-compliance, with an initial penalty notice being issued that clearly outlines the prospect of forfeiture if the person continues to be non-compliant. This would be a significant disincentive to those retailers that persistently engage in illicit sales, as it would disrupt the business and the cost of replacing the lost legitimate product would be materially more expensive than the current penalties.

HMRC can make an application to the courts for a six month banning order of tobacco sales, this is dependent on a criminal prosecution for excise evasion, which is not viable in most small-scale cases. A new sanction would link deactivation of the EOID to the new penalty for holding non-compliant TTS stock. Deactivation could be automatic on the second or third occasion, depending on penalty banding. In addition, the retailer would be prevented from re-registering either themselves or their premises under an EOID on a temporary or permanent basis.

Previous cross-agency compliance activity indicates that those retailers who repeatedly ignore health regulations are significantly more likely to deal in illicit tobacco and vice versa. This consultation provides the opportunity to consider ways to bolster compliance activity for health related tobacco control and anti-fraud strategies by reinforcing the message that non-compliance will receive a multi-agency response.

The consultation runs until 23 February 2021 and submissions can be emailed to tobacco.policy@hmrc.gov.uk.

For more on tobacco, check out our latest category report.