Costcutter Brunel University is making the most of seasonal trends and peaks in student numbers, under the capable hands of store manager Arnaud Leudjou. 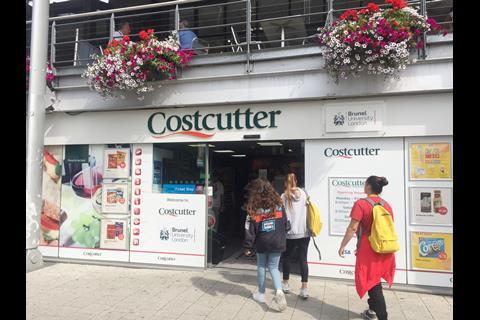 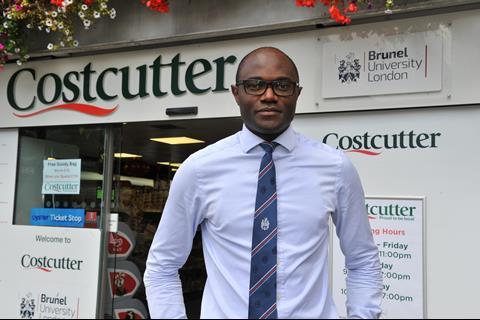 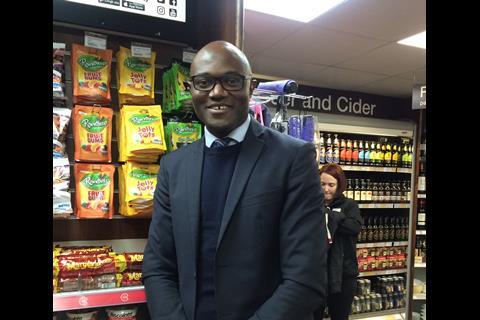 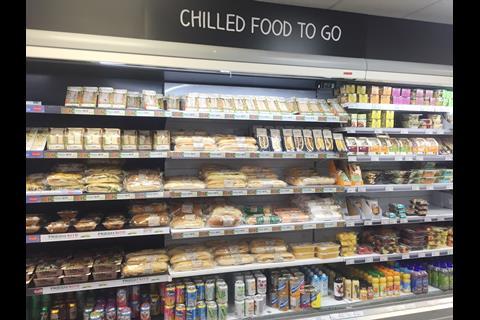 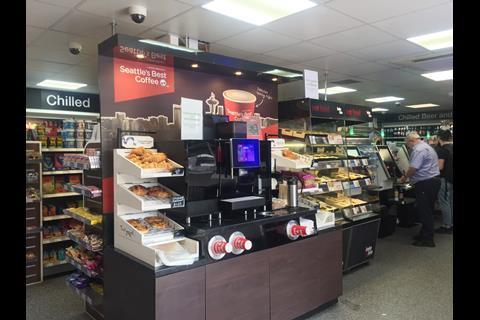 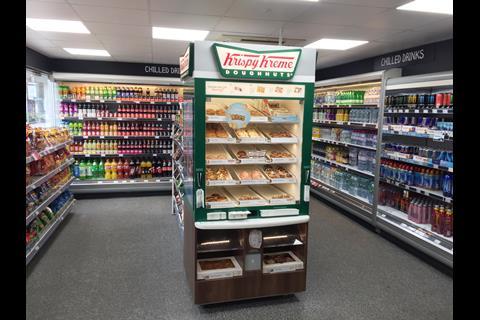 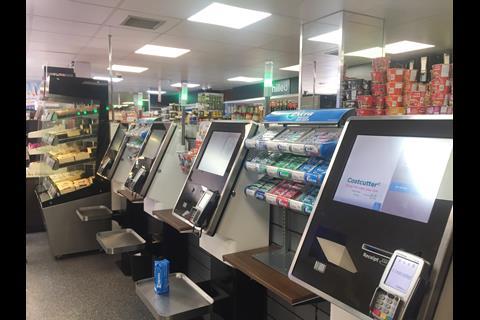 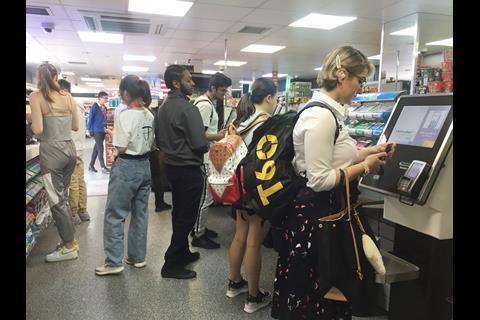 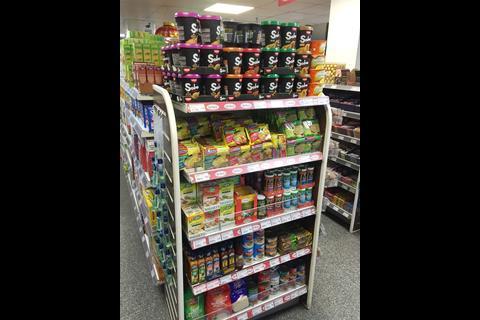 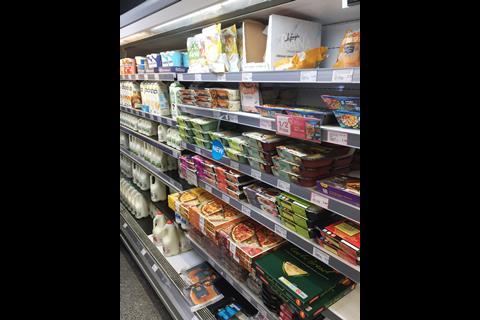 It’s 10.45am on a hot July day at Costcutter, Brunel University. The London store, which just five minutes ago was a tranquil oasis in the middle of the campus’ sun-baked plaza, has suddenly been transformed.

It’s break-time and, right on cue, a veritable sea of humanity washes through the doors, lapping up the aisles and engulfing the checkout and tills. Young people of all different nationalities, ethnicities and ages spill in to grab a bite to eat and drink before their next lecture or activity begins.

And just as suddenly as it started, the feeding frenzy ends and staff are propelled into action, replenishing shelves before the next wave hits. Unbelievably, store manager Arnaud Leudjou announces with a grin: “This is one of our quietest times of the year. The university students have all gone home for the summer, we just had graduation last week,” he explains.

Far from being a lull in the campus calendar, the summer holidays see the university’s 14,500-strong student body (more than 3,000 of whom are international and predominantly of Asian and Afro-Caribbean descent) replaced by an intake of younger foreign students, aged 16 and above, who stay on the campus for different sporting, educational and entertainment camps.

But despite the sheer number of customers, even at “quieter” times a sense of order prevails at the point of payment, thanks largely to the four slimline self-checkouts installed in September 2018.

The new tills have been “exceptionally successful”, leading to a 20% increase in customer footfall since they were installed.

“The store has always been phenomenally busy and many people were put off at the thought of having to queue in the past,” Arnaud explains. “Many students and staff have only short breaks between lectures, and I estimate that during peak times about one in five customers would have popped their heads into the store, seen the queues and walked back out.”

With queuing times now down to less than a minute at peak moments, the self-checkouts have eradicated that problem, leading to a jump in customer numbers, but also repeat purchases.

“In the past some shoppers were limiting themselves to just one visit a day because of the queues, but now queuing times have been slashed we are also getting lots more repeat purchases and additional impulse sales too,” Arnaud says.

“A shopper will now say, ‘I’ll get my lunch now, and I’ll come back for that coffee (the store boasts a Seattle’s Best Coffee machine), or for a dinner solution later,’ and when they do, they almost always pick up a couple of extra items on impulse, too,” he adds.

With an average basket spend just shy of £4, the self-checkouts do not need to feature scales, and thus they have no “unexpected item in the bagging area” issues.

In addition, thanks to a simple interface and the tech-savvy nature of its young customer base, there are few problems, meaning it’s not necessary to have a dedicated member of staff on hand to monitor the checkouts at all times.

As well as the new tills’ positive impact on customer satisfaction and sales, they have also helped cut the store’s labour ratio by 1%. “And that’s despite the fact that we’ve actually had to hire two new members of staff since the new tills were installed,” Arnaud adds. “The store becoming busier meant that we needed more people to help replenish the shelves.”

Store staff are also needed to help with implementing Arnaud’s bulky calendar of promotional events, which in addition to the conventional seasonal events include Intake Weekend, Fresher’s Week, Exams, Graduation and many others in between.

“For Intake Weekend we extend our range of take-home groceries and things such as kitchen utensils, pots and pans, as parents like to stock up their children’s cupboards and fridges before they leave,” Arnaud explains.

“The new Co-op range sold phenomenally well during the past academic year’s Intake Week, with chilled ready meals, and especially pizzas, leading the charge. In fact, total fresh and chilled sales have grown by 30% since the Co-op range was first brought in.

“Fresher’s Week is a whole different ball game. It’s all about products that encourage socialising and sharing so we pull together linked deals on things like pizza, ice cream and beers,” Arnaud says.

“Some of our suppliers, such as Krispy Kreme, work really hard with us to come up with dedicated promotional campaigns. Most recently during exam period they did a campaign around anxiety, which was really positive, and at the end of term they ran promotions encouraging students to say goodbye over a sharing box of doughnuts.”

Later on this month Arnaud is organising the first Costcutter University Stores Working Group. Retail managers from eight Costcutter Supermarkets Group university stores are set to attend the working group, along with Costcutter representatives, to discuss how they could work more closely together to better meet the very specific needs of their student customer bases.

Specific promotional support, taking into account the university calendar, is one area Arnaud is keen to work on, as is maximising sales through social media. “If we had specific promotions tailored to all university stores it would be much easier,” he says.

Arnaud’s drive for more collaborative working is also evident within the university itself, where he takes it upon himself to work with other departments such as Residency, to organise cookery lessons for new students. “We supply recipe cards and ingredients so that students can learn how to make quick and easy meals,” he says. “For many students, university is the first time they have ever had to shop or cook for themselves. I feel that we have a duty of care towards them.”

Close links with other departments, as well as quarterly student feedback surveys, are ways in which he helps to tailor his range, he says. While demand for free-from and products with added protein continues to grow, students are also increasingly demanding goods and services with an ethical edge. “Environmentally-minded initiatives are becoming increasingly important to our customers,” Arnaud says. “In addition to new suppliers for biodegradable sandwich packaging, we’re also planning to switch to biodegradable carrier bags and we have already extended our range of waters in cans and cartons.”

The store is also part of the university’s recycling scheme, Green Redeem, which encourages staff and students to recycle their plastic bottles and bags in return for a £5 voucher to spend in the store. A reverse vending machine is currently located in the canteen, offering students a £5 voucher when they hit a certain target for recycling enough of their plastic bottles.

Arnaud is also hoping to relocate the machine into the store as part of a refurbishment in the near future.

“When taken together the students can really see that we’re trying to do our bit for the environment, and they appreciate that. There’s no doubt that it helps to drive loyalty and trust in the business, and in these challenging times that’s more important than ever,” he adds.