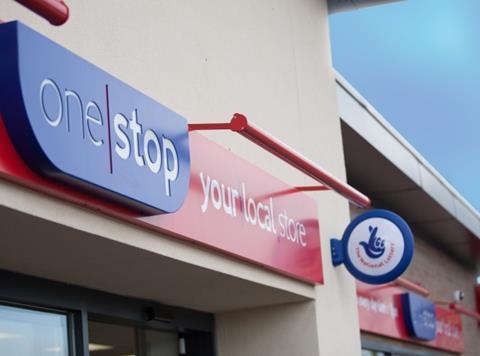 One Stop is starting the new year by celebrating a key milestone with the opening of its Aylesbury store, marking 250 franchise stores for the group.

The new store in Fairford Lyes, Aylesbury is owned by Raj Paranthaban and was welcomed by the local community, including town Mayor, Cllr Anders Christensen and Chairman of Coldharbour Parish Council, Cllr Andrew Cole, who ‘cut the ribbon’ to declare the 3,600 sq ft store officially open.

Head of franchise at One Stop, John Miller, commented: “Our congratulations to Raj on his latest One Stop opening, which looks superb and is a fresh, modern store; ideally placed for local residents.

“Raj is similar to many of our franchisees who now run multiple One Stop sites and is a key reason we’ve seen such an acceleration of new openings. Our brand-new state-of-the art EPOS and technology means that multiple sites can be run with ease, away from the stores – at home if necessary – and has always part of our long-term investment plans.

“Over the past couple of years we have also seen the growth of local shops and how important these are to our communities during the pandemic.”

“We’ve worked hard to support our franchisee had to and provide what we believe is the best franchise package on the market. This has helped us to grow in the way we have, with the right franchisees for our brand.

“Raj also owns a local fish and chip shop / seafood restaurant, ‘Salt & Vinegar’, as well as his first One Stop store which he opened last year. He will be bringing between 20 – 25 new jobs to the area, with the opening of the Fairford Leys site and is also looking to introduce other services including a fresh butchers and deli counter.”

The site was formerly a charity shop, but it is hoped the new convenience store will breathe new life into the area.

Speaking on the new opening, Raj said: “I can see why there are so many One Stops now; my experience has been nothing short of brilliant. I was previously with another symbol group, so I’m easily able to compare. The support you get from One Stop is fantastic, from the area manager to the new store team. They’ve all been so helpful and spent a great deal of time making sure that everything was ‘just right’. I’m really happy with everything.”

“Everything has been finished to a really high standard and we have a store that is very welcoming and open. Due to the pandemic we wanted everything to feel airy and safe so we’ve really opened it up with a high ceiling and plenty of room to move around in.

“My customers have already given us great feedback and were pleasantly surprised at how good the prices were compared to other local stores. 99% of the customers we serve come to my fish and chip shop, so I knew they would support me. In turn I want to do as much as I can for them. I know for example that there are no launderettes – they all closed down - so I’ll soon be setting up a drop off service to help people out.

“I’ve also started delivering to our more vulnerable customers who are still shielding. They have my mobile number and they call me if they need anything. I’ll drop it off for free and they can pay me next time they’re in store.”