Raven’s Budgens in Abridge, Essex, switched to the Booker-owned symbol group last year, but the former Mace store is also the longest-running Shell forecourt site in the country. It was revamped after the collapse of supplier Palmer & Harvey, growing to 3,500sq ft and introducing an extensive fresh offering. “We used to see ourselves as a forecourt that sells groceries, now we see ourselves as a supermarket that sells fuel,” says owner Goran Raven. Since the revamp, weekly sales have risen from about £31,000 to £47,000, with margins of 22-23%. 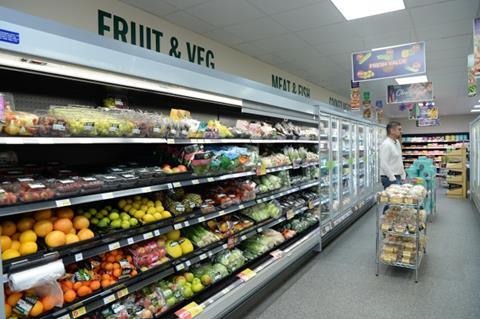 Fresh has been so popular that deliveries have increased from four to five a week, and accounts for about 32% of sales. “With P&H it was about 4% at best – we couldn’t get the stock,” Goran says.

“We’d gone from doing nothing to doing so much. I was worried about wastage, but a couple of other retailers said ‘If you’re not wasting, you’re not ordering enough’. That was a big change of mindset for me. Wastage isn’t huge, it’s single digits.” 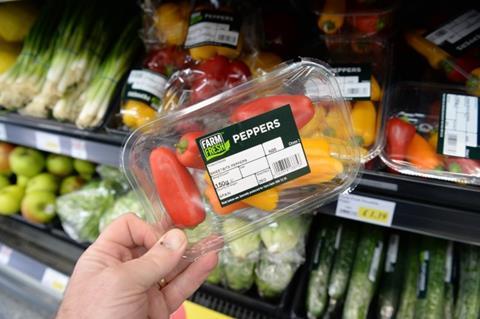 Products include those not available to Londis and Premier, such as the Farm Fresh small sweet peppers. 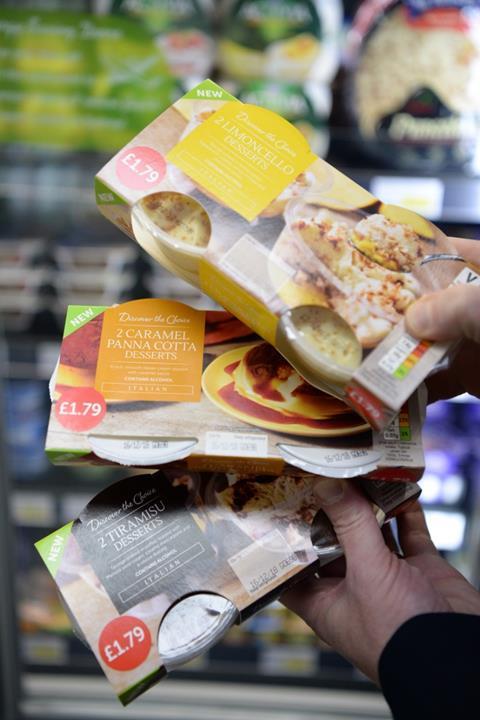 Own-brand Discover the Choice ready meals have proved massive, and include a new dessert range.

“It didn’t take long to convince people about Discover the Choice,” Goran enthuses. 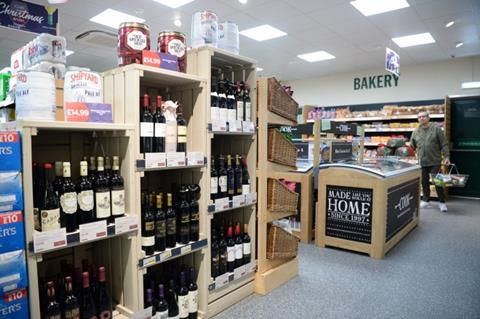 Cook has been a “very prominent” seller, with some customers regularly purchasing £100-worth.

Another point of difference is a premium range from Laithwaite’s, which complements the rest of the wine offer. “You can go from £3.99 up to £40 or £50. Cook and Laithwaite’s work beautifully together.” 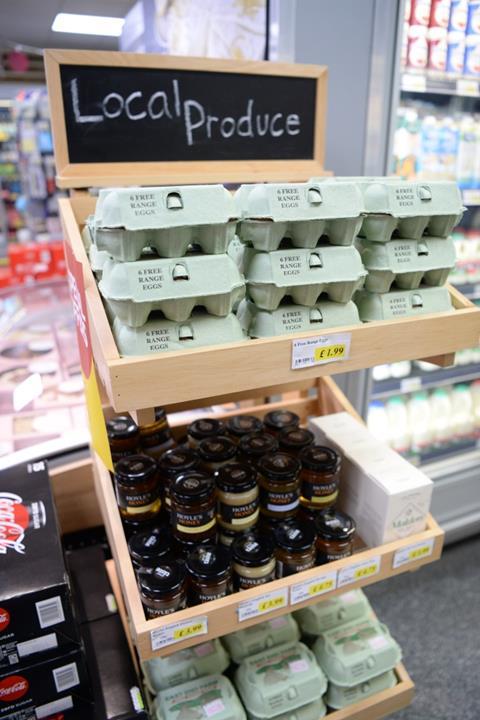 Goran has recently introduced local sausages and pies, which are already top sellers, and sells local honey and eggs.

“We try to get as many local products as possible,” he says.

Food to go and value 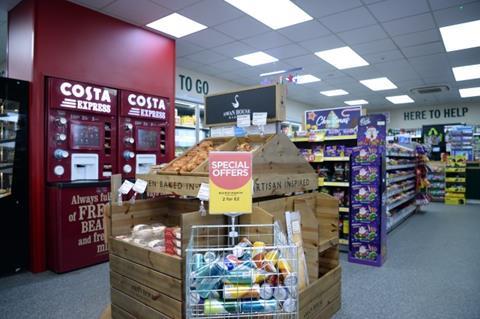 The Costa coffee machine is turning over up to 160 cups a day. “We have customers who come in three or four times a day for a coffee.” 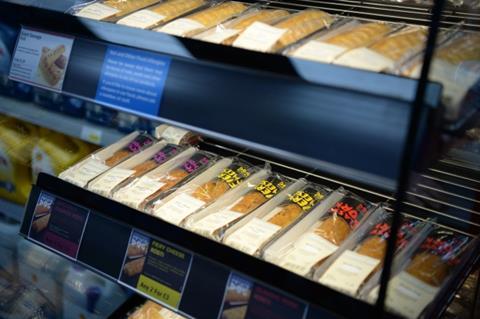 Hot food to go comes from Country Choice, and Goran is set to install a third oven. “In our old store we sold an occasional hot food item every now and then. When we first put the kitchen in we thought ‘this is a bit ambitious, too big’. Now it’s not big enough,” he says.

The store runs a lunch meal deal with Urban Eat, and sandwiches come from a local provider. 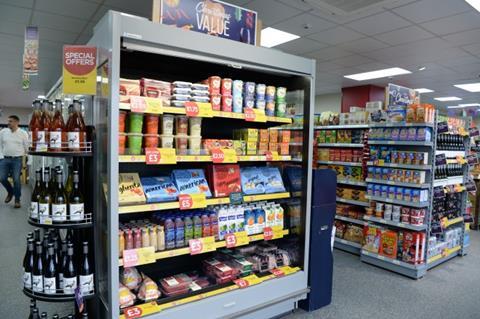 Value-hunters are catered for with promotional bays at the front of store, offering deals such as two Pizza Express pizzas for £5, and the hugely popular Secretary Bird wine. “We sell big volumes of it at great prices,” Goran says of the South Africa wine. 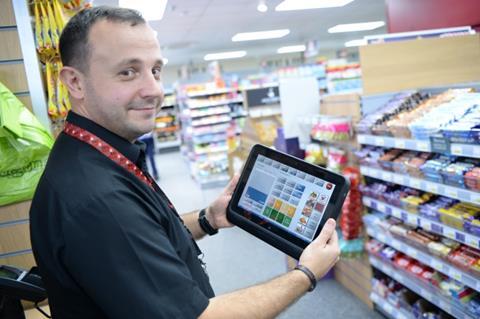 For busy customers, Goran has introduced a mobile ‘queue buster’ till. “We didn’t have room for a fourth till, so I said to TLM ‘Why can’t we have a mobile one? They built me one. It’s basically an HP tablet and customers can pay with a card,” he explains. “My favourite line was when a customer said ‘It’s like being in the Apple store!’ It costs about the same as a normal till. Why wouldn’t you install this if you’re a busy store?”

The store uses social media effectively, especially Facebook. “We’re the only store in the area selling American confectionery, including the Swedish Fish brand, and feedback on social media is phenomenal when we promote it.”