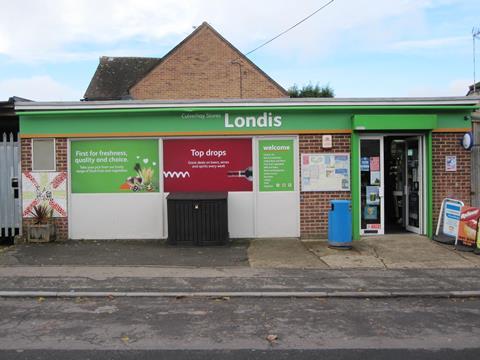 Jag and Hema Brar took a punt on Culverhay Stores back in 2009, when they purchased it in the wake of the so-called credit crunch. The economy was suffering and the neighbourhood store had been vacant for a number of years. It was a stab in the dark, but the couple believed there was local demand to revive the store in the small Wiltshire town of Cricklade, despite a nearby Tesco Express.

Their decision was vindicated. The community welcomed them with open arms and they provided a decent convenience offering for their shoppers. But as they grew into the business and established themselves in the community, they knew they had more to offer. So in 2014 they invested in a refit, with help from Londis who paid about 25% of the costs in return for loyalty and spending commitments.

“One of the reasons we did the refit is we wanted to give back to the community: somewhere they could use as a community hub. They have been very pleased with it. We were both reluctant to spend the money but the sales uplift made it worth it,” Hema says.

So they expanded into the stock room, which became the eye-catching ‘Liquor Store’ with an expanded alcohol range, installed a Jack’s Beans coffee unit, and introduced a mouth-watering sweets and slush drinks area named ‘Candy Corner’.

The imaginative zonal branding lights up the store and has helped boost sales and footfall since the re-opening. “Our customers wanted a better off licence, specialist ales (which we source from a local supplier), and more range,” says Hema. “And, of course, coffee and sweets. We remembered what it was like growing up with the sweet shops and wanted to combine the traditional jars from Bonds with modern sweets.”

They increased range in the refit, but their offer has also improved significantly since the Booker buyout of Musgrave, adds Jag.

“The Londis brands weren’t selling as well as you’d expect before the buyout. Happy Shopper and Euroshopper are now selling well across the board, and Farm Fresh products are good quality - we’re more consistent with produce now,” he says.

“But dairy is probably the fastest-growing category, purely because we’re consistent in the category now. Fruit and veg is also very strong - we even get herbs with Farm Fresh now.”

The buyout has made retailing easier and more profitable, too, Hema adds. “We were working 100 hours a week and needed to be more time efficient. Booker now deliver margins. When you’re selling promotional items you don’t want to be making 7-8%. With Booker they’ve got it right. With Euroshopper you’re looking at 30% margins.”

The changes have also meant lots of new faces in the store. “We’ve started attracting Tesco Express customers, too. They like the community feel - we greet our customers as they come in, we give them personal service, and we try to get niche products they can’t elsewhere, such as ales and specialist bread,” says Hema.

With two schools located nearby, the store is especially busy during the school run, with parents enjoying the coffee and children the sweets in the afternoons. But the Brars also do their bit to encourage healthy eating by providing free fruit for local school children on a monthly basis. “We felt as parents we want to encourage healthy eating. There’s a basket and signs saying ‘please help yourself’. It’s worked out really well,” she enthuses.

The older generation is another key demographic, who the couple have in mind with their next planned store expansion. “We’re looking at expanding the store into the garage, knocking through the wall connecting our house,” Jag says. “We want more range as we’re running out of space. But what we really want to do is food to go, with a seating area. The community would make the most of it; the older generation like to talk.”

They also want to progress their community work, adding to their regular school and charity fundraising and sponsorship of the local football team. “We went to the last ACS Heart of Community event which really inspired us about engaging with the community. We’re meeting the local steering group soon to talk about what we want to do.”

They are both braced for rising costs and food prices this year, but this amiable and ambitious couple have already proved that obstacles can be overcome with vision and determination. 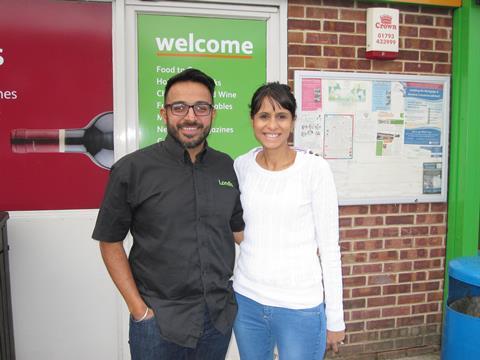