The adage ‘it never rains but it pours’ is a  fitting description of Derek Ritchie’s past few years at his Costcutter in Ellon, Aberdeenshire. But he has come through the storm, an achievement winning him the CRA Best Large Store award

Over the past few years Derek Ritchie has faced one challenge after another. Back in the day his 6,800sq ft Costcutter store in Ellon, a small town outside Aberdeen, was turning over £100,000 a week. But the firefighting started about eight years ago when Tesco opened a superstore on the edge of town, drawing trade from his central location. Then, last year, the store suffered the double whammy of the opening of a new Aldi, joining his store and two Co-ops in the town centre, and the relocation of the nearby academy school - and his lunchtime teenage customers - to an out-of-town site.

To add fuel to the fire, the whole Aberdeen area has been suffering from the downturn in the oil industry, which drives the local economy, and Derek also experienced his share of delivery problems resulting from Costcutter’s transition to P&H in 2014.

When Aldi first opened Derek’s store took a 20% hit. But by focusing on the store’s strengths and adapting to the changing market, Derek has recovered most of the losses and steadied turnover at about 5% below pre-Aldi levels.

His response to Aldi was partly reactionary, in the form of a new mainly non-food £1 range, but his main strategy was proactive. So he recently carried out a refurbishment, which included new chillers, imagery and a refurbishment of the off licence to incorporate new flooring, lighting and enhanced range. He has also upped his digital marketing to highlight the store’s strengths - namely its ongoing commitment to customer service, community and the store’s impressive range of local products.

The closing of the nearby Ellon Academy was a particularly bitter pill to swallow, says Derek. “They’ve built a new academy out of town, which is a 25-minute walk for the kids to come into the centre,” says Derek. “I’m about to introduce a Subway franchise to bring the kids back.”

He is also targeting the younger generation with free wi-fi for customers, an app, and an active Facebook page which has so far received more than 1,000 ‘likes’.

On entering the store, it is not hard to see why it has stood its ground amid the turbulence. At the front sits a separate newsagent area, complete with newspapers, magazines, cards, lottery and free-to-use ATM.

Once in the main store, where Costcutter promotions and the Local Pride charity initiative POS are prominent, shoppers can find an extensive fruit and veg range. Both loose and pre-packed goods - sourced mainly from an Edinburgh wholesaler - are displayed in wicker baskets and wooden crates.

Beyond this is 30-metres of chillers showcasing fresh meat, fish, dairy, desserts, big brand and Independent own-label chilled products as well as locally-sourced ready meals and pies. Chilled products account for up to 35% of total store sales, while local products make up about 20-25%. A chilled food-to-go area includes locally-made sandwiches and a meal deal offering Independent sandwiches or salads.

With such a varied range, Derek has to be resourceful with sourcing, especially since Costcutter’s move to P&H as its supplier. He says the range isn’t as wide as it was with Nisa, so not as suited to large stores like his. “Some products just disappeared with P&H, such as home-baking,” he says. “Now I use Filshill to supplement Costcutter, and even the multiples for some lines.”

The bakery comprises products from four different suppliers and a Cuisine de France fixture, while hot food to go includes a Lavazza coffee-to-go machine and sausage rolls, pies and pastries.

The academy relocation has hit food-to-go sales, which currently stand at about £300 a week. Derek hopes to turn this around with the Subway. “The plans are moving on at a pace,” Derek says. “We’re planning to put Subway at the front of store where news and mags are, and move everything back.”

News and mags “are worth having” reports Derek, so will not be downsized, but a number of categories, such as household, will be reduced by about a metre and the existing hot food-to-go area will be sacrificed.

Behind the confectionery and chilled soft drinks zone is the eye-catching off licence, standing out with its wood panel flooring, enhanced lighting and impressive range. A large chilled beer and wine fixture is complemented by Derek’s eclectic range of malt whiskies and craft gins, and he has just introduced the famous Brew Dog range of craft beers, with the brewery conveniently based up the road in Ellon.

A number of big brand lager cases are displayed next to chilled beers and wines, many of which are on offer. Derek’s alcohol offer was also recognised at the Convenience Retail Awards by making it to the shortlist for the Off Licence Retailer of the Year category.

However, given pride of place is the butchery counter at the back of the store, in which all the beef is sourced from his cousin’s farm four miles away. “You can’t get more local than that,” he laughs. The pork and lamb is also locally sourced, and all sausages and burgers are produced in store.

The butchery is open from 6.30am to 7.30pm Monday to Friday and has the “locals flocking”, providing a crucial point of difference against Tesco, Aldi and the Co-ops. It even has its own meat house to create cold cuts, hams and a range of delicious deli products on site. The delicatessen, which also features a range of local cheeses, sits enticingly next to the butchery.

Other features of the store include seven promotional ends to cater for the value shopper, a ‘foods of the world’ fixture and a gluten-free section. In nearly all areas a choice of own label, local and big brand is provided, even within the oil section where Aberdeenshire Ola rapeseed oil sits alongside Independent olive oil and Flora sunflower oil, among others.

The store’s engagement with the community extends beyond local suppliers. “The store is at the heart of the community, taking pride of place in the annual Ellon Pedal Car Race which last year alone raised more than £11,000 for charity and this year will be helping even more people through the Costcutter Local Pride initiative,” says Derek. The Local Pride initiative is an excellent one, Derek believes, and this year his dedicated charity is Scottish children’s hospice association CHAS. Under the Local Pride scheme a percentage of every selected product purchased goes towards the charity, with Derek aiming to raise £5,000 a year.

The store also offers free grocery deliveries, with orders taken by email or phone, and staff are always urged to go the extra mile for customers. The staff themselves are well looked after- they get 10% discounts on store purchases as well as access to a health scheme after one year’s employment. “In 24 years 15 staff members have gone and come back,” Derek proudly states.

Indeed, there is a lot for Derek to be proud of at Costcutter Ellon. It is a fantastic example of what a large store can achieve, and an ongoing study in how to successfully compete against the multiples. 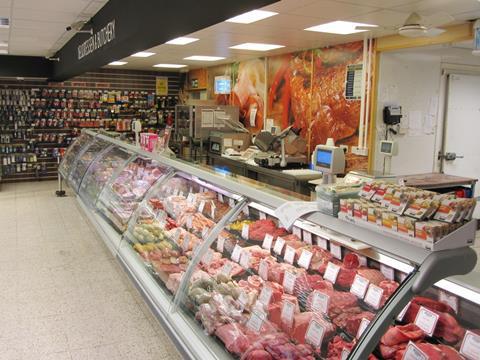 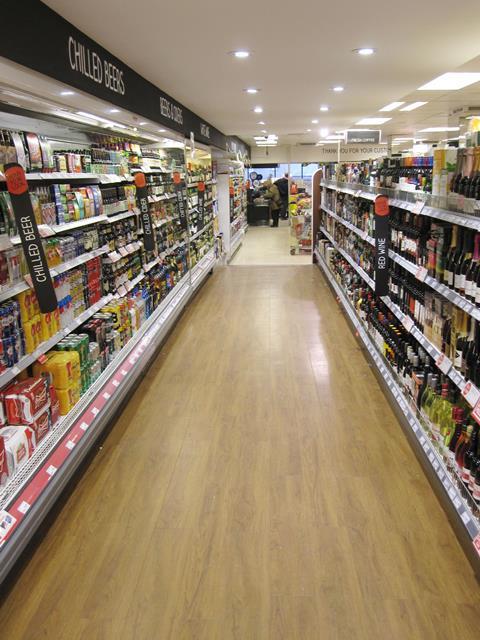 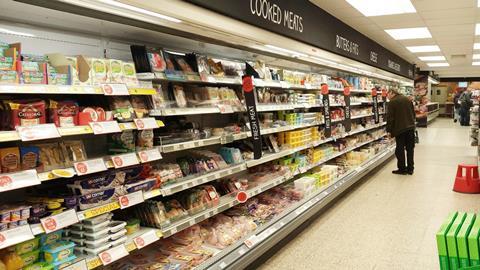 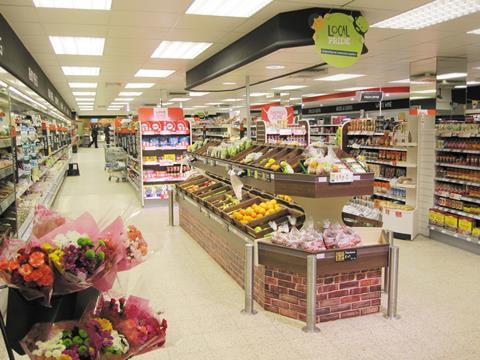