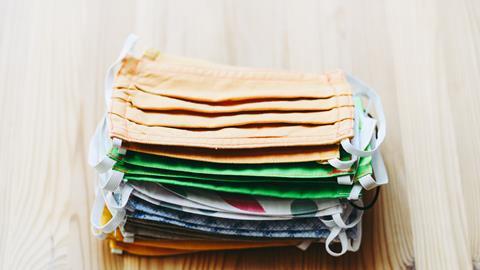 How did retailers cope with face mask regulations?

The first weekend of mandatory face masks for customers appeared to pass without any major incident reported.

The regulations, which came into effect on Friday 24 July in England, mean that customers are obliged to wear face masks when visiting shops. Although not adhering to this measure could result in a fine of £100 (reduced to £50 if paid within 14 days) for the customer, retailers and their staff have been told that it is not their job to enforce this legislation, suggesting that they simply engage and remind rather than challenge.

Retailers reported that the majority of customers over the weekend wore masks while in store, and the Association of Convenience Stores (ACS) said that no major incidents were reported during the first few days of implementation. The ACS has been providing downloadable posters and information sheets on who might be exempt from wearing a mask.

Terry Caton of Londis Chatsworth Road in Chestefield said “very few customers have come in without a mask on”. “Those who came to the door without a mask on either put on a mask on seeing staff wearing them or purchased one from us,” he added.

Susan Connolly of Spar Connolly in Wiltshire reported some customers encouraging others to wear masks while in store. She also started providing masks to shoppers who had forgotten to bring one.

The legislation has been in effect in Scotland since 10 July and the Scottish Grocers Federation has reported strong compliance with the rule but only thanks to the hard work done by retailers in reminding customers of the regulation.

“The move to face coverings in Scotland has been relatively smooth. However this has been entirely due to the hard work of staff in convenience stores. Underpinning this is their commitment to responsible retailing. Once again this been taken completely for granted by the government.”

Have you had to enforce the face mask regulations? Let us know at aidan.fortune@wrbm.com.