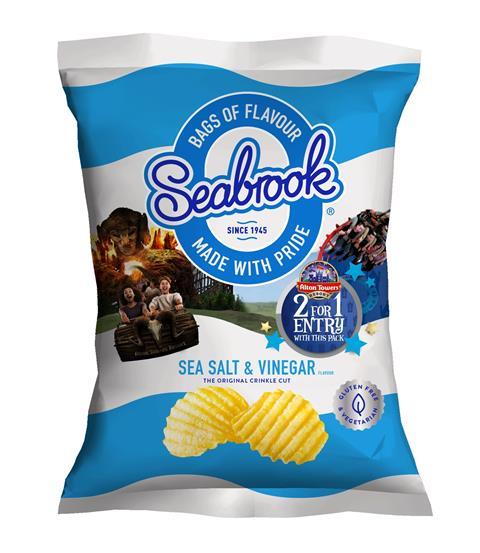 As part of the deal, the brand has relaunched its on-pack promotion giving shoppers two for one entry at the theme park (worth up to £56). The campaign will run from now until September.

Designed to appeal to both families and young adults, Seabrook is also doubling its TV spend in 2019 to ensure continued growth throughout the activity.

The promotion will run across Seabrook’s crinkle cut multipacks, 80g PMPs and 31.8g bags, supported by a marketing campaign including social media.

Jon Wood, commercial director at Seabrook Crisps, said: “In a time where consumers are often bombarded with promotional overload, an offer which genuinely provides good value to the consumer will stand out among competitors and grab the attention of young adult and families alike.”