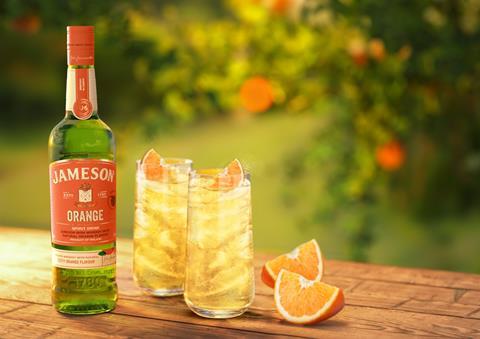 Jameson Orange will be available in Booker and Costco from mid-August at an RRP of £23.95.

The launch is being supported throughout October by a Through-The-Line campaign including digital, social and VOD media, experiential, as well as Off-Trade, On-Trade and eCommerce activity, and reinforces Pernod Ricard’s focus on creativity, innovation, and consumer relevancy.

Commercial director at Pernod Ricard UK Ian Peart said: “With the popularity of flavoured spirits on the rise and Jameson continuing to fly in the UK, Jameson Orange is perfectly positioned to tap into this growing consumer opportunity. The newest innovation in the Jameson family builds on the brand’s carefully crafted process to offer an accessible entry point from which to explore a value rich category and engage new consumers. We’re confident that this focus on taste and quality will appeal to a broad audience of whiskey fans, bartenders, and curious spirit drinkers looking to explore and experiment.”