Horlicks is giving its range a fresh look to coincide with the launch of a new campaign designed to increase brand awareness. 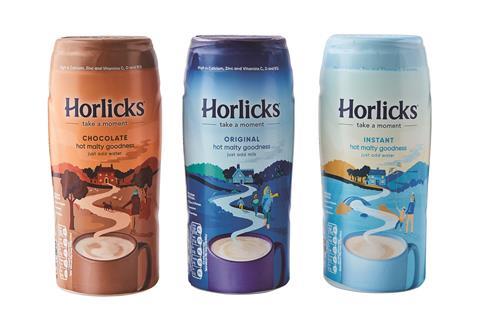 Rolling out from September, the updated packs feature the tagline: ‘Take a Moment’ and draw on the heritage of the Horlicks brand, as well as introducing new artwork to give the range a contemporary look.

The range is made with British wheat and barley and a mix of 14 vitamins and minerals. This formula is communicated more clearly on the new packs however the recipe for all products remains unchanged.

The Horlicks redesign will be supported by a new marketing campaign including experiential advertising, in store activation as well as PR and digital communications, which are expected to reach more than 20 million consumers.