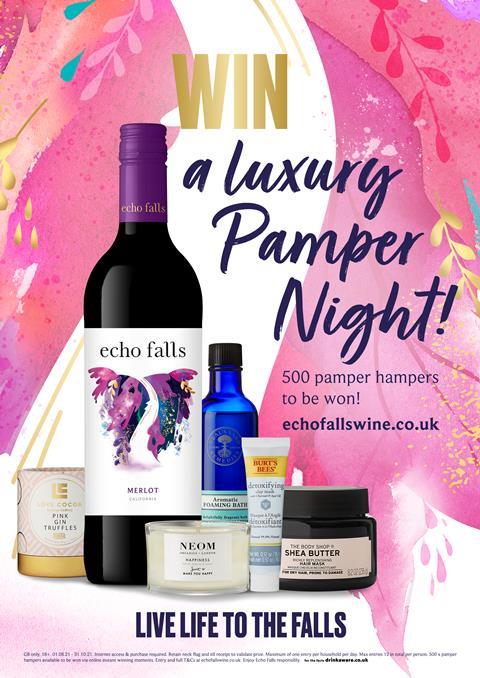 Running from August to October, the competition will feature on just under three million neckflags across multiple 75cl lines within grocery and convenience, as well as on outer case stickers in wholesale to drive awareness with retailers.

Shoppers will have the chance to win one of 500 luxury pamper hampers which include products from established brands like Neal’s Yard and Neom, plus a sample of the new Echo Falls Seltzers.

The competition will be supported with additional in-store POS and displays for retailers, as well as a paid social campaign with direct links to purchase. Echo Falls will also run a ‘Perfect Night In’ challenge on its social channels, featuring content from singer and presenter Fleur East and her sister Keshia East.