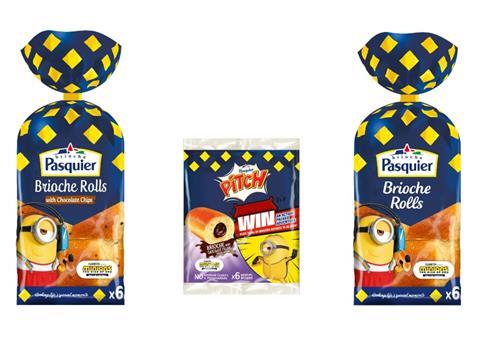 Brioche Pasquier has launched two new Minions-themed on-pack promotions for 2022 which will be running across its Brioche Pasquier Brioche Rolls and PITCH Chocolate Filled brioche snacks.

The promotion will run until 30 September and will be supported by an extensive marketing campaign including in-store and shopper activity, sampling, digital poster advertising, social media advertising and a 16-week social media campaign which will run across Brioche Pasquier’s Facebook, Instagram and Twitter accounts.