Convenience store owners are sceptical that Boris Johnson’s plans to recruit 20,000 more police officers will have much of an impact on the retail sector. 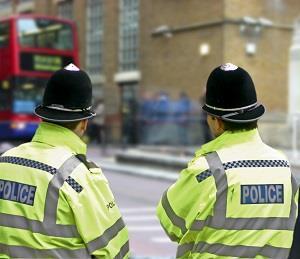 The Prime Minister has announced that £2.5bn is to be invested in tackling crime, with a raft of plans designed to combat violent crime and rising levels of knife crime across the UK. These include the recruitment of 20,000 extra police officers in England and Wales over the next three years, extending police stop and search powers, as well as creating 10,000 new prison places.

Retailers backed the investment, but believed a focus on store crime was also needed. Mo Razzaq, owner of Family Shopper in Blantyre, said: “I am hopeful that these new changes will finally make a difference. But the police’s policy of never visiting the stores when something has happened, like shoplifting, is still our main issue.

“It doesn’t matter if there are more police if they aren’t coming out to the stores when the incidents happen.”

Sid Ali, who owns four stores in Aberdeenshire, agreed that increasing police numbers was unlikely to help retailers directly. “Even if they do come in, it won’t make much difference to retail crime,” he said. “I don’t think retail is high enough up on the police’s priority list. We don’t need more police, we need to change the law surrounding retail crime.

Michael Haith, owner of Smileys One Stop Shop (Premier) in Blackpool agreed: “It’d be great to see more police on the street, but I feel the over-riding negative is that police still see shoplifting as a petty crime and not worth investigating.”

Nigel Dowdney, owner of Earlham Shopper and Stalham Shopper in Norfolk, said he thought the extra police could make a difference to retail crime “if it happens”.

He added: “The police should be there to be seen and act as a deterrent as much as actually catching people.

”It is important to have them around as you just don’t see them nowadays. They don’t come to the store.”

According to the Association of Convenience Stores 2019 Crime Report, crime against convenience retailers cost the sector an estimated £246m over the past year.

The cost of retail crime amounted to the equivalent of more than £5,300 for every c-store in the UK, or a 7p tax on every transaction.

The report found that more than 10,000 incidents of violence were reported and a million incidents of theft in convenience stores over the past year, with more than three quarters (79%) reportedly committed by repeat offenders.

“ It’d be great to see more police on the street, but I feel the over-riding negative is that police still see shoplifting as a petty crime and not worth investigating. ”

Michael Haith, owner of Smileys One Stop Shop in Blackpool

“ It is better than doing nothing at the end of the day. ”