Sales of cider per adult fell by 18.6% in the full year following the introduction of Minimum Unit Pricing (MUP) in Scotland, according to new data released by NHS Health Scotland. 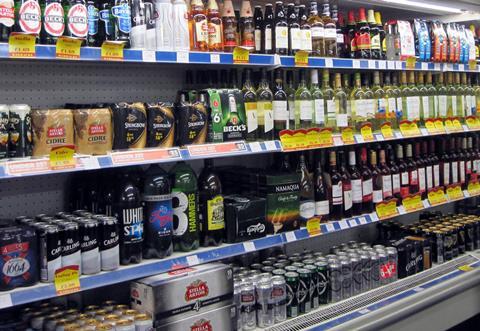 The relatively high rate of decline in cider sales “was likely to be associated with cider having the greatest relative increase in average sales price, once MUP came into force”, according to Lucie Giles, public health intelligence advisor at NHS Health Scotland.

The overall volume of pure alcohol sold in the off trade per adult in Scotland fell by 3.6%, from 7.4 to 7.1 litres. Minimum Unit Pricing of 50 per unit was introduced in Scotland in May 2018.

In contrast, in England and Wales - where MUP has not been implemented – the volume of pure alcohol sold in the off trade during the same year increased from 6.3 to 6.5 litres.

In Scotland, sales of spirits fell by 3.8% while sales of beer remained relatively stable (down 1.1%) in the year from May 2018.

Mandi Duncan, who co-owns two Day Today stores in Ayrshire, said cider sales had fallen by 20-30% since MUP came into force, due to its effect on products such as Frosty Jack’s. However, overall alcohol sales were up about 10-20%, with customers switching to pricier and higher-margin products, especially in beer and spirits.

“But alcohol-free beer has really taken off in both our stores. We used to sell one or two a week, now we go through three to four cases in each shop. It’s not just Dry January, it’s an upward trend,” she added.

The report also found that trends in per-adult alcohol sales in the North East and North West of England were similar to those in the rest of England and Wales.

“The analysis of per adult sales data in the North East and North West of England did not provide evidence of substantial cross-border purchasing. We will continue to examine a variety of data sources to ensure we understand cross-border activity as far as possible,” Giles added.

“This is the first time we have been able to analyse sales data covering the full year following the introduction of MUP, and it is encouraging that off-trade alcohol sales fell in Scotland following its implementation.”

A Minimum Unit Price for alcohol of 50p will be introduced in Wales on 2 March 2020.

The NHS Health Scotland report, Evaluating the impact of Minimum Unit Pricing on sales-based consumption in Scotland, can be found here.