The Scottish government has announced plans to introduce a so-called ‘latte levy’ on single use drinks cups. 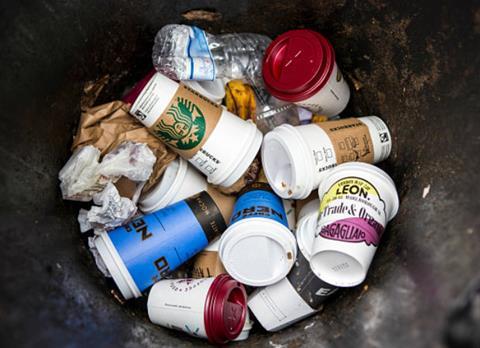 Proposals will be included in the forthcoming Circular Economy Bill and could be applied to other plastic items if the legislation is passed.

Should the legislation be passed, the level of the charge will be subject to consultation and approval by parliament.

This is one of a range of measures that will be implemented to tackle the number of single-use cups used in the country – which is estimated based on current usage to reach 310 million a year by 2025 – according to environment secretary Roseanna Cunningham.

“The scale of the challenge is clear - an estimated 4,000 tonnes of waste is generated by single-use cups each year, wasting valuable raw materials and generating unnecessary CO2 emissions in the process,” Cunningham said.

“For Scotland to become a net zero society, we need a fundamental re-think about how we use and reuse materials and how we handle waste. That is why I am proposing further bold action to tackle Scotland’s reliance on single-use items.

“I am clear, however that no single measure will be effective on its own. Our approach must involve a joined-up effort across government, business, communities and individuals. Whether it is making the decision to switch from disposable to re-usable cups or making sure cups are dealt with more effectively at the end of their life, we all need to do more to support a more circular economy and reduce our environmental impact.”

In England MPs on the Environmental Audit Committee have called for a 25p levy on disposable coffee cups, but the government has not committed to such action.