The Co-op Group has challenged suppliers in the food to go category to work with the retailer to devise new forms of packaging allowing shoppers to eat on the go without utilising single-use plastic. 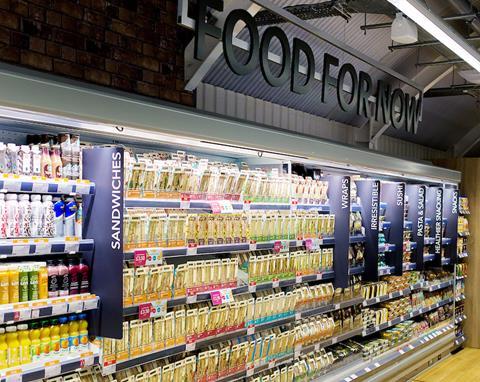 Speaking at the IGD Live event this week, Co-op food to go category trading manager Nicole Tallant revealed that a recent survey of Co-op members found that 85% of shoppers identified reducing single-use plastic as their number one ethical concern.

“Shoppers are not prepared to make a trade-off between their ethical standards and practicality,” she said. “They regard it as our job to find a solution.”

Compostable packaging currently reduces the shelf life of a product by two days, Tallant continued, adding: “We need packaging that people can use to eat on the go without making a trade-off – they demand convenience without compromise. There has to be space for us to collaborate with suppliers on this.”

The group set up a fully recyclable and compostable temporary shop at this year’s Glastonbury Festival.

At the same IGD event, Budgens retailer Andrew Thornton pointed out that one of the main motivations for devising a completely plastic-free aisle in store was to “show the big retailers that it is possible”.

The aisle contains 2,600 lines packaged entirely without plastic, including loose fruit and veg, bread wrapped in paper and fresh fish in wax paper wrappers. In addition, he has actively sought out and listed suppliers who avoid plastic packaging. “By grouping all these products together, customers can do an entire weekly shop, plastic-free.”

Andrew added that self-fill items introduced two weeks ago, including water and milk, had already produced a “phenomenal response” from shoppers.