Retailers are reporting an encouraging start to summer trading despite the absence, so far, of an extended period of hot weather, such as was experienced last year. 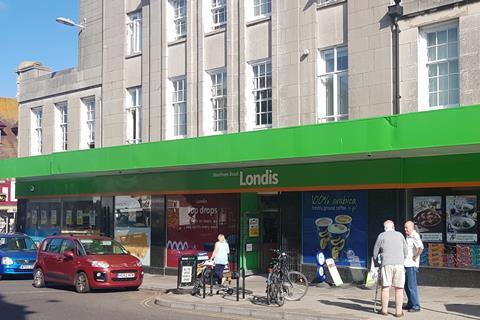 Store owners are capitalising on the short flashes of summer heat and hot start to July with high-margin categories such as slush and fresh produce.

Dave Hiscutt, manager of Londis Westham Road in Weymouth, said: “Sales in the first week of July were up year on year but when compared with the week before they were down 5% as not only was it really hot but it was also nearing the closing rounds of the World Cup.

“Footfall was considerably down, by 1,200 unique customers, and the sales decline was driven by tobacco, beers and soft drinks.

“However, despite these declines, our profit margin was actually not very different at all, thanks to the fact that since last year we have introduced an array of high-cash margin products such as a Tango Ice Blast machine, F’real milkshakes and fresh cream cakes.

Charles Brading, owner of Vic’s Stores in Nettlestone on the Isle of Wight, also said that the hot start to July had helped to keep sales sunny.

“People went crazy for soft drinks, BBQ food, and bottled water and we were barely keeping on top of soft fruit.

“I’m hopeful that now, with just six weeks to go until the autumn, people will remain in that summer spirit and sales will stay buoyant,” he added.

In Derbyshire, Richard Barron, who owns six Spar stores, also said that sales were holding their own.

“We decided to budget this year based on sales figures from 2017, rather than last year, because we thought there is no way it would be as exceptionally hot again, but we had a very good Easter which meant we have just about held our own.

“The lack of a longer heatwave isn’t causing us a great problem.”

However, in Inveraray, Scotland, Londis store owner Brian McCaughey said that trade at the start of July was a little more challenging.

“Business is slow at the moment as we haven’t had the same weather as down in the South,” he said.

“We rely on a good period of trading between April to October but fortunately April and May were very good for us as we had some decent spells of good weather and a late Easter which also helped.”

Settled weather is expected to dominate the forecast across the South of England from late July and overall temperatures are “most likely to remain slightly above average,” according to Met Office long range forecasts.