The Chancellor’s Summer Statement revealed a series of measures to kickstart the hospitality industry, however the retail sector was mostly left out in the cold. 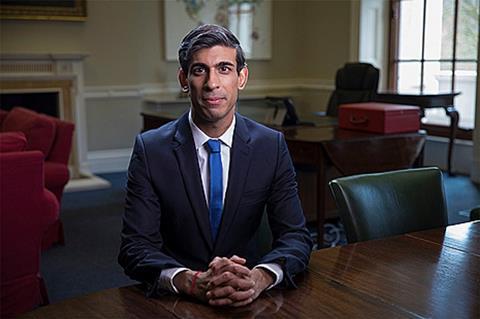 Rishi Sunak’s plan to cut VAT from 20% to 5% starting on 15 July until 12 January 2021 caused confusion in the retail sector. The announced cut applies to eat-in or hot takeaway food from restaurants, cafes and pubs, accommodation in hotels, B&Bs, campsites and caravan sites, attractions like cinemas, theme parks and zoos.

However, Association of Convenience Stores (ACS) chief executive James Lowman said more information was needed on the eligibility of independent retailers. “The Government needs to provide further clarity on whether local shops with hot food counters will be able to benefit from the VAT cut and ‘eat out to help out’ discount announced during his statement.”

According to the ACS 2019 Local Shop Report, almost a quarter (23%) of local shops have a hot food counter or cabinet and 9% of stores have indoor seating areas for customers.

The British Independent Retailers Association expressed disappointment that there was no direct help for retail business owners, particularly on the VAT issue.

CEO Andrew Goodacre said: “We welcome the various initiatives to bring younger people into work and the support for the hospitality sector.

“However, it is disappointing that there is no VAT cut for retailers in general and no changes to national insurance. There needs to be thought given to how consumer demand is stimulated on the high street or many businesses will close and jobs lost.”

No news on business rates

One area that was noticeable by its absence was business rates. In a pre-Summer Statement submission, the ACS had lobbied for the extension of the 100% business rates discount beyond 2020/21 and tapering the reintroduction of rates bills. The Chancellor didn’t reference business rates at all during the Summer Statement however Lowman hopes this will be addressed in the Budget later this year.

“We remain keen to see the business rates holiday extended beyond 2021, followed by a tapered approach to reintroducing rates bills to avoid a sudden shock of large bills, and will continue to work with the Treasury on this issue ahead of the Budget this autumn,” added Lowman.

As well as announcing that the furlough scheme will wind down flexibly and gradually until the end of October, he also revealed plans for a new jobs retention bonus for every employee brought back from furlough, offering a £1,000 bonus per person. The employee must be employed until January 2021 and be paid at least £520 a month.

This was praised by the ACS. “We welcome the Government’s commitment to encouraging the return of furloughed workers in his summer statement,” said Lowman. “Local shops have been a lifeline for the communities that they serve and the support that has been offered so far has enabled retailers to keep their businesses going and continue feeding their communities.”