Shops with a ratable value of less than £51,000 will have their business rates “abolished” in the coming financial year, as part of a package of measures to help support businesses through the COVID-19 (coronavirus) outbreak. 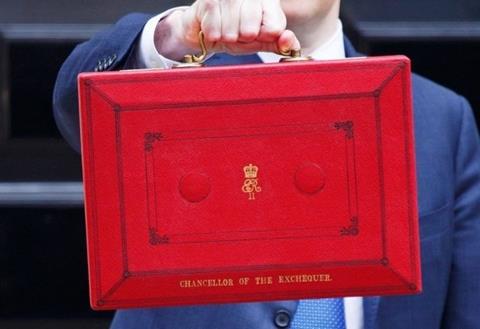 The virus could result in one fifth of the UK’s workforce off sick at any one time, supply chains disrupted and consumer spending hit, Chancellor Rishi Sunak announced in his first Budget.

In light of these “exceptional circumstances” any small business which is currently eligible for Small Business Rates Relief will also benefit from a £3,000 cash injection this year. Sunak also announced that for businesses with fewer than 250 employees, the cost of providing sick pay to any employee off work due to coronavirus would, for up to 14 days, be refunded by the government in full.

HMRC will also scale up the Time To Pay service allowing business and the self-employed to defer tax payments over an agreed period of time.

“The government will offer a generous guarantee on these loans, covering up to 80% of loses with no fees,” Sunak said. “Some good well-run business will still struggle to pay their bills, people’s salaries or buy new stock. They will need loans to get them through that period. This virus is the key challenge facing our country at the moment,” he added.

“There is likely to be a temporary disruption to our economy, up to a fifth of our working population could need to be off work at any one time, business supply chains are being disrupted around the world and there will also be an impact on the demand side of the economy through a reduction in consumer spending.

The Chancellor also announced that a new remit for the Independent Low Pay Commission had been set, meaning that by 2024 the National Living Wage (NLW) would reach two thirds of median earnings – more than £10 an hour.

All alcohol duties, including spirits, beer, wine and cider, are also to be frozen for one year, however, duty rates on tobacco will increase by RPI + 2%, with the rate on hand rolling tobacco rising by RPI + 6% this year. The so called “tampon tax” will be abolished altogether.

There will also be increased resources for Trading Standards and HMRC to combat the illicit tobacco trade, including the creation of a UK-wide HMRC intelligence sharing hub.

Responding to the package of measures announced in the Budget, Association of Convenience Stores (ACS) chief executive James Lowman said: “We strongly welcome the Chancellor’s actions to reduce the burden of business rates in the short term.

“Ensuring that all businesses under £51,000 rateable value pay no business rates in the coming financial year will benefit the convenience sector to the tune of over £30m, and we look forward to hearing further details of the fundamental review in the Autumn.”

“The £3,000 grant will be of great benefit to over 18,000 of the smallest convenience stores who mostly trade in rural and isolated areas, helping them to continue providing an essential service to their local communities.”