Plastic carrier bag charge to be extended to convenience retailers 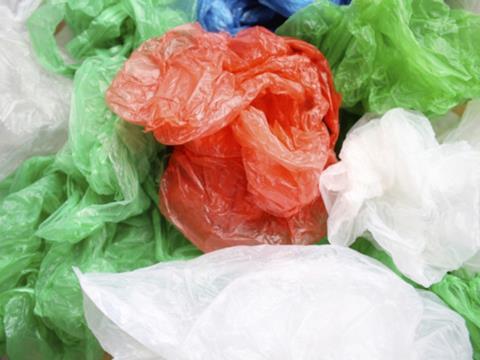 The government’s decision to extend the plastic carrier bag charge to all retailers has been welcomed by the convenience retail industry.

From April 2021, the charge will apply to all retailers and will double from 5p per bag to 10p per bag.

This decision follows a public consultation last year, in which the government proposed to double the charge and extend it to all retailers, with the vast majority of respondents welcoming the move.

The charge was first introduced in October 2015 and has led to significant reductions in the number of plastic carrier bags used as well as raising money for good causes. According to WRAP data, the main retailers (Asda, Marks and Spencer, Morrisons, Sainsbury’s, The Co-operative Group, Tesco and Waitrose) sold 226 million single use plastic carrier bags in England in 2019 to 2020, a 95% reduction on the 7.64 billion single use carrier bags circulated by major retailers.

Businesses with fewer than 250 employees were exempt from reporting on the charge, excluding convenience stores from the process although many independent retailers introduced a charge regardless. However, the government feels that by officially extending the charge to all retailers, customers will feel incentivised to use long-life bags made from more sustainable and environmentally-friendly materials.

Environment Secretary George Eustice said: “We have all seen the devastating impact plastic bags have on the oceans and on precious marine wildlife, which is why we are taking bold and ambitious action to tackle this issue head on.

“The UK is already a world-leader in this global effort, and our carrier bag charge has been hugely successful in taking billions of harmful plastic bags out of circulation. But we want to go further by extending this to all retailers so we can continue to cut unnecessary waste and build back greener.

The Association of Convenience Stores (ACS) welcomed the extension of the plastic bag charge to include all retailers. It had been calling for the charge to be universal in England since before its introduction in 2015, citing the success of existing universal schemes in Wales and Scotland.

Figures from the ACS Voice of Local Shops survey show that around half of convenience stores already voluntarily charge for plastic bags.

Chief executive James Lowman said: “Charging for plastic bags is a simple and effective policy that helps to raise money for local and environmental good causes, as well as drastically reducing the impact of plastic waste generated from bags. A universal charge will ensure that there is no confusion about which stores do and don’t have to take part, and is a popular measure with retailers. We will work with DEFRA on ensuring that the extension of the charge in April is communicated to both retailers and consumers.”

Interested in learning more about sustainability? The Convenience Conference (5-9 October) will be holding an online panel session on this issue. For more information, register here.