Nearly half of UK consumers think food labels are complicated

Nearly half (44%) of UK consumers think food labels in the UK are complicated, out of date and full of jargon for those with dietary requirements, new Ubamarket research suggests. 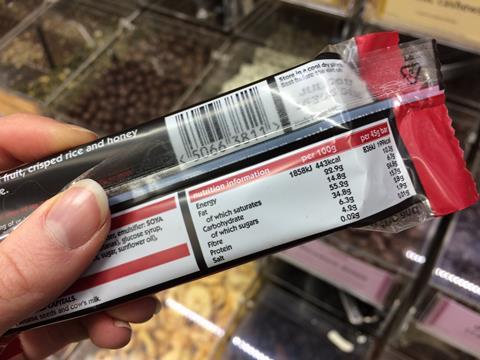 A quarter (25%) of the 2,004 respondents, who were vegetarians, vegans and/or coeliacs, said they had eaten meat, dairy or wheat because of poor labeling, while over a quarter (30%) said food labels made it harder to maintain a healthy diet.

Will Broome, CEO and founder of Ubamarket, said: “Food labels in their current form are not serving their purpose. If 23 million British shoppers claim that they are impossible to read, supermarkets, suppliers and regulators should make commitments to reforming food labelling standards.

“The British public have shown in recent years that their health and diet are very important to them, what with the rise in demand for free-from and vegan and vegetarian items. And yet, the complicated terms used, not to mention the unnecessary effort involved in identifying particular ingredients that may make an item unsuitable, still result in millions of Brits accidentally consuming food that is either unhealthy, dangerous or misaligned with their convictions.”

Over a third (39%) of those surveyed did not feel they knew enough about the ingredients in the food they eat, with 44% of respondents wishing there was a solution that made figuring out food ingredients easier.

And, with one in 100 UK residents suffering from coeliac disease, meaning they are unable to properly digest gluten, over half (52%) of respondents agreed that the complicated nature of UK food labels make it difficult for people with dietary requirements to make informed decisions about their food.

In light of this research, Ubamarket is set to launch its new Allergen Alerts feature, allowing shoppers to scan items using the app and receive an alert for any allergens.

Broome added: “Our new allergy alerts feature, will make it easier for consumers to identify the foods that comply with their dietary requirements and lifestyle choices.”

The Food Standards Agency (FSA) and Association of Convenience Stores (ACS) have highlighted the importance of retailers closely follow their advice on food allergens, following the death of teenager Natasha Ednan-Laperouse, who suffered an allergic reaction to a Pret A Manger sandwich.