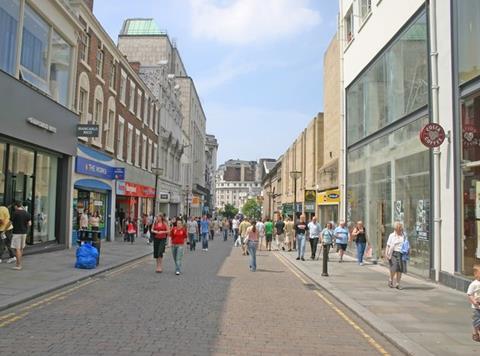 Footfall on the UK’s high streets fell by 1.9% in February on the back of cautious consumer spending, according to the British Retail Consortium (BRC) and Springboard.

In the four weeks to 23 February, high street footfall declined for the seventh consecutive month, while total footfall fell by 2% - the 15th month of consecutive decline and the weakest February in five years.

“Consumers have been cautious in their spending, leading to the biggest drop in February footfall for five years,” said BRC chief executive, Helen Dickinson.

“These figures echo the month’s poor retail sales figures, which saw weak growth, particularly in bricks-and-mortar stores. While real incomes have been rising over the last year, the uncertainty surrounding Brexit appears to be driving a needs-not-wants approach top shopping.

“Things could get a lot worse unless the government is able to avoid a calamitous no deal Brexit. Such a scenario would likely result in higher costs, higher prices and less choice for consumers – all of which would further harm struggling retailers.

“The government must act to protect both consumers and retailers by ensuring there is no chance of a no deal Brexit.”

The BRC/ Springboard figures also revealed that retail park footfall declined by 0.8%, a sharp decline on last year when it grew by 1.4%.