Hampshire-based forecourt operator The Garner Group has opened its rebuilt 2,000sq ft Nisa store in the town of Bordon. 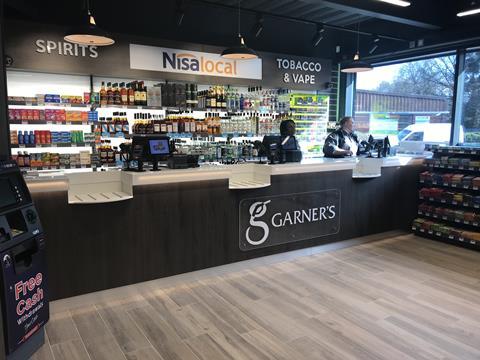 The Woolmer Service Station site, which was originally built in 1984, underwent a complete transformation which saw the site entirely demolished and re-built.

Andy Garner, who runs the business alongside father Tim, uncle Mike and cousin Dani, said: “Our family business has been operating since 1959 and has evolved greatly through the generations. We’re delighted to re-open Woolmer Service Station as ‘Garner’s Nisa’ 35 years after the original site was constructed.

“The regeneration of Whitehill and Bordon is a fantastic opportunity for our family business to proudly continue serving and supporting the local community.”

The site will support The Bordon, Liphook & Haslemere Charity and Barnardo’s through a percentage of the sale of selected products to build up a fund over the year. Both charities were presented with a cheque for £250 on the day of the opening.

The Nisa members own four forecourt stores in Hampshire.