What trends will the convenience channel see in 2021? 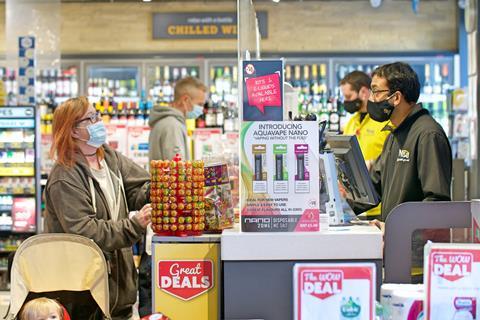 2020 threw out the rule book – and most plans had to be upended, reworked or forgotten. But it was an incredible year for the convenience sector, with +9.2% growth for the channel. Retailers up and down the country were recognised for their critical role in supplying local communities and consumers voted with their feet, following government advice to stay local and relying on convenience stores more than ever.

Many of the trends we’ve talked about for several years – what we’ve dubbed the ‘mature megatrends’ – continued to be relevant but in many cases were demonstrated in different ways. Some initiatives, particularly around sustainability and single use items, were paused as the focus was rightly on hygiene and safety. Other trends continued apace, but with different motivations – such as the focus on vitamin D in the health space, driven by its connection with coronavirus protection. Meanwhile, we’ve also identified five areas that we’ve termed ‘lasting legacies’ that have emerged as a consequence of the tumultuous year 2020.

Our four ‘mature megatrends’ are health; digitalisation and technology; sustainability; and provenance. We’ve witnessed how the pandemic has led to consumers placing even greater emphasis on their health and much innovation has been prompted by a desire for personalised and prescriptive health solutions. Consumers are seeking foods containing added benefits such as mental function, mobility, pain relief, as well as improved immune system function and this has prompted much NPD, some of which is filtering into the convenience channel.

In last year’s report, we identified that the digitisation of human connection was creating a ‘faceless’ society and the restrictions introduced soon after left us ever more reliant on technology for social interaction. However, the pandemic has also exacerbated the issue of loneliness and the continued desire for ‘staff friendliness’ as a key driver to convenience store choice shows that there is still very much a place for face-to-face. Click & Collect provides a balance of technology and efficiency without losing the social contact. Whilst currently accounting for just 2% of convenience transactions, we anticipate this will grow strongly in the future.

As mentioned above, sustainability has taken on a new meaning in 2020. Food waste became the number one consumer priority, but arguably due to greater home cooking, tighter purse strings and more time to plan meals. Plastic fell as a concern for consumers, perhaps because efforts around plastic reduction are now a consumer expectation, but also due to the hygiene benefits of single use items that overtook concerns about the environmental impact. Plastic reduction initiatives continued apace, with Mars Wrigley committing to remove 51 tones of plastic packaging from its sharing bags and Ribena shifting to 100% recycled plastic bottles.

Local sourcing and provenance gained traction, as consumers followed advice to ‘stay at home’ and consequently (re)discovered stores on their doorstep. Interestingly this was driven by the pandemic rather than Brexit, which we had previously predicted would drive interest in where our food comes from. Convenience stores are perfectly placed to build relationships with local suppliers, tapping into the fact that almost 8 in 10 consumers agree that supporting local suppliers and retailers is important to them. Now businesses must deal with the realities of Brexit but there is even greater impetus to focus on UK produce.

Are you a sustainability champion or have you looked to your community? The Convenience Awards 2021, brought to you by ConvenienceStore.co.uk, The Grocer and Lumina Intelligence, are now accepting entries. Enter here now.